Nature, net zero and food security: New Food shares some of the key takeaways from The Soil Association’s agroecology-focused conference. 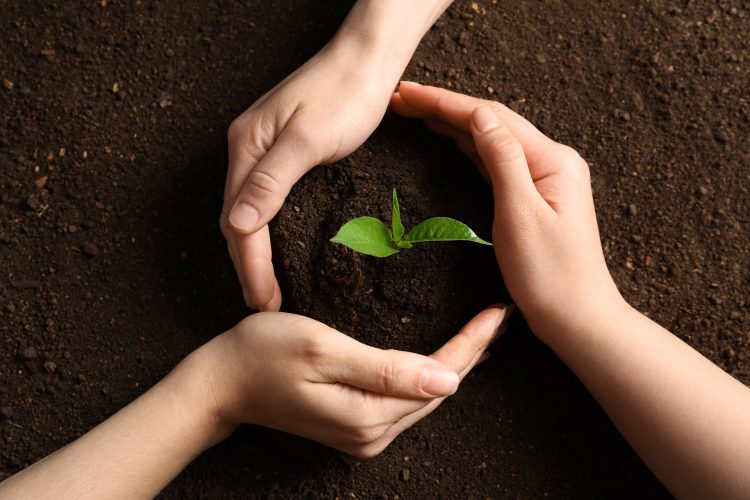 The way food is produced is changing globally, especially in what was described in the Soil Association’s Nature & Net Zero & Food Security conference as a “a world of permanent crisis”. But what can be done to help farmers and hungry people across the world? An array of experts, including the Secretary of State for Environment, Food and Rural Affairs in the UK, came together during the conference to try and find an agroecological (a holistic, integrated approach to manage sustainable agriculture and food systems) solution.

The Soil Association, which labels itself as “a charity joining forces with people and nature to transform our future from the ground up”, led the series of talks and panel discussions. It was keen to share the benefits of an agroecological future, which the group believes could reverse “the catastrophic decline in farmland biodiversity”.

Below are summaries of the key messages aired at the conference.

What is the problem?

In his speech, which opened the panel portion of the conference, Professor Tim Benton of Chatham House (also known as the Royal Institute of International Affairs, an independent policy institute) highlighted that we cannot look at sustainable farming in isolation. He said that “our food system is failing us in multiple ways, particularly from environmental and healthcare costs”, adding that it is a “major polluter”.

Professor Benton shared some surprising statistics, including the fact that more people have died from poor diets than from COVID-19. He also noted the importance in distributing food and costs properly, as currently “the costs are increasing faster than the benefits”.

Jyoti Fernandes from the Landowners Alliance and La Via Campesina echoed this sentiment, stating that “we still have hunger in the world. We have a food system that is pushing us into depletion”, adding that it is “not about yield” but rather “it’s about politics”.

There is something structurally wrong with how the distribution of resources is happening, and it needs to be addressed head-on.

Fernandes, who also manages a mixed organic smallholding, continued: “We need a restructuring of society and how we face inequality of distribution of resources. That is the fundamental reason why we have so much more food being produced in terms of yield today, but we still have a huge amount of people going hungry, facing – not only acute hunger – but nutritional deficiencies. And, at the same time, we have a huge amount of food waste and people facing obesity.

“There is something structurally wrong with how the distribution of resources is happening, and it needs to be addressed head-on.”

David Edwards of World Wide Fund for Nature (WWF) UK also agreed that there needs to be a “significant shift”, especially in people’s diets. In his address, he stated that everyone “must establish core environmental standards”.

He highlighted data from the WWF, which shows that agriculture and land use make up 12 percent of UK emissions and emphasised that the UK is “one of the most nature-deprived places on earth”.

All of the panellists, as well as The Soil Association, called for more action to be taken by the government. Following this, the UK’s Secretary of State for Environment, Food and Rural Affairs, George Eustice, took to the stage to present the conference’s keynote speech. 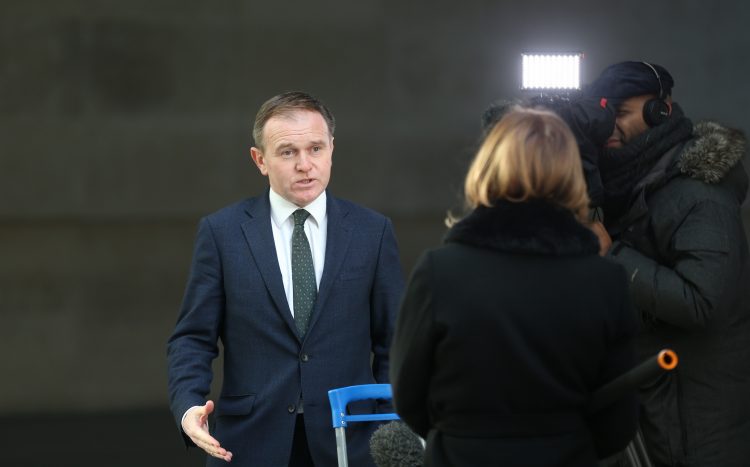 George Eustice presented the keynote speech at the conference

Eustice emphasised the need to reduce reliance on nitrogen fertiliser – a big polluter – and instead build natural fertility; an initiative mentioned earlier in the conference. Eustice also reinforced his commitment to ensure that holistic farming systems are recognised, and organic pioneers are rewarded. He revealed that he had just arrived back from a trip to US in an attempt to identify ways to insist on higher standard accreditation for food imports in a US-UK trade deal.

The secretary of state also said that “many of the steps that we take to encourage a more sustainable model of agriculture for the environment will lead to better financial sustainability and improve the resilience and profitability of farm businesses”.

“We have to prioritise climate and nature, alongside our food security,” he noted.

The UK government has stated its commitment to meeting net zero carbon targets by 2030 and agriculture will be a major player in reaching this goal. According to Eustice, there will also be an extended whitepaper on the food system, which he hopes should be released next month.

The Soil Association, which works with farmers, forest managers, schools and various businesses by auditing and advising, also shared with the audience an array of initiatives – such as the Excellence for Forests training programme – that it offers, designed to help companies and corporations adapt to a more holistic and organic approach to food and the supply chain. Its training courses can be found here.