New Food’s Editor discusses the UK’s consultation on gene editing (GE) and examines the potential benefits and pitfalls that may follow revised regulation. 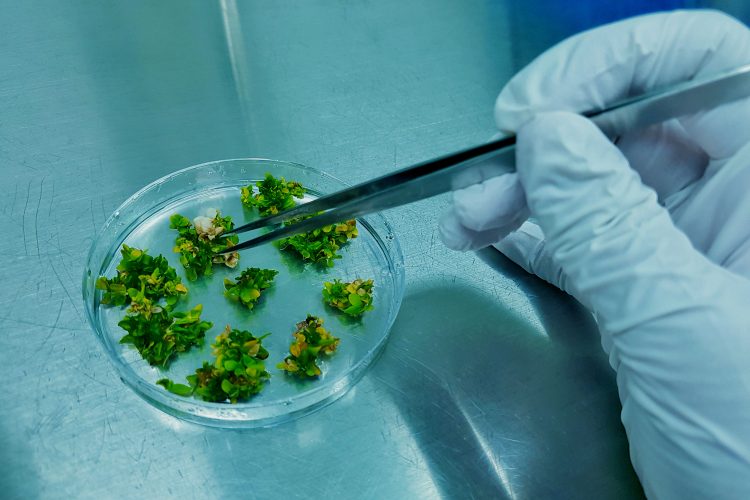 Will gene editing fulfil its promises of heat and disease resistant crops?

In January, a consultation led by The Department for Environment, Food & Rural Affairs (Defra) about the regulation of genetic technologies in the UK was opened. Spurred on by the nation’s exit from the EU, the government sought the opportunity to assess the suitability of current regulations.

The consultation predominately looks at the regulation of gene editing (GE) organisms possessing genetic changes which, as Defra states, “could have been introduced by traditional breeding”.

In other words, it’s been suggested that GE could result in the same changes as selective breeding but much quicker.

As part of this consultation, Defra is gathering views on the wider regulatory framework governing genetically modified organisms (GMOs).

The review has been inspired by claims that GE could offer significant benefits to nature and help farmers produce crops and breed animals which are resistant to disease and changes in climate, such as a rise in temperature.

Currently, GMOs are defined under section 106 of the Environmental Protection Act 1990. Based on the results of the consultation, Defra may change the legislation to amend the definition of GMOs in the UK. If passed, it would mean that this legislation no longer applies to organisms produced by GE – essentially, GE would not hold the same status as genetic modification (GM), which it presently does.

Defra claims that GE is “different to genetic modification where DNA from one species is introduced to a different one. Gene edited organisms do not contain DNA from different species, and instead only produce changes that could be made slowly using traditional breeding methods.”

The Soil Association has accused the science behind the consultation as being unclear however, and suggests that it could even mislead citizens and farmers. In a blog post, the charity also argues that the government’s definition of GE is incorrect.

A debate on gene editing

I recently attended a virtual panel hosted by the Sustainable Food Trust which explored the potential opportunities and downfalls of GE, including the outcome of the pending consultation results.

Professor Gideon Henderson, Chief Scientific Advisor at Defra, spoke optimistically of GE, describing it as “extremely precise” and, depending on the way in which gene has been edited, “indistinguishable”.

In my opinion, the idea that an edited gene could go undetected is somewhat concerning and arguably unethical, if, for example, a farmer or consumer wished to avoid GE products.

Henderson did acknowledge this and stressed that although he believed GE to hold substantial environmental benefits, transparency is key.

I question, however, whether we should be focusing on creating crops which are designed to adapt to climate changes, instead of centring our efforts on combatting climate change. After all, a heat-resistant crop isn’t going to put out bush fires.

Michael Antoniou, Reader in Molecular Genetics at King’s College London, started his presentation with strong disagreement to Henderson’s points. “I will challenge everything Gideon said.”

Echoing the sentiments of the Soil Association’s blog post, Antoniou stated that the procedure of natural breeding is “completely different” to GE and we ignore the procedure “at our peril”.

He continued, adding that there is sufficient evidence to suggest GE can damage DNA, via large deletion, insertion or addition and warned of the creation of “mutant proteins with unknown consequences”.

He continued: “It is not precise or predictable and therefore I question its safety,” and suggested that the advantages which Defra (and others) is promising are but “a wishlist”.

“There’s no evidence it will create crops that are heat resistant,” he contested. “Gene editing is bound to fail, just as the first gene transgenics did.”

Despite his disapproval of its use with agriculture, Antoniou does in fact work in GE himself. His work, however, is within medicine and he argued that its use in this field is highly regulated and its potential pitfalls are known and understood.

Henderson used this as criticism: “Why is it ok to use GE on humans but not in agriculture to benefit the environment?”

Despite being a hotly debate topic, GE is, in fact, legal in the UK and there are several tools available and currently used, for example CRISPR, which can identify specific areas of DNA and even turn  genes on or off without changing their sequence. However, GE’s use has so far been very restricted in accordance with EU law. 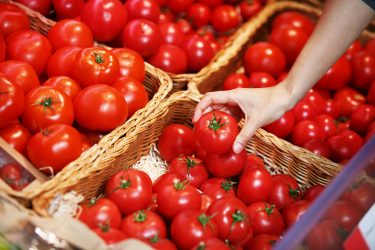 Henderson pointed to recent successes in GE, including The University of Edinburgh’s Roslin Institute which has bred pigs resistant to African Swine Fever, using a warthog gene.

Other areas of the world have also embraced GE; a gene-edited tomato, which allegedly lowers blood pressure, was only recently approved for commercial sale in Japan for example.

Henderson also rejected allegations that GE would narrow the gene pool further and instead said the technology had the potential to widen it.

As Lawrence Woodward, Founder and Director of the Organic Research Centre, joined the debate, he described GE as a “marvellous discovery” but stressed his concerns over deregulation. He questioned the haste in which the consultation was taking place and the clarity of GE products’ coexistence with non-GE products. “We need clear transparency and labelling,” he noted.

It appears that all three speakers were in agreement that transparency is imperative – and I concur: transparency is what consumers are demanding and entitled to. I am intrigued by the idea of GE and what potential it could hold, but like Woodward I worry over whether this consultation has been rushed.

Let’s just hope that if deregulation is on the cards, that the hard work the food sector has done in regaining trust from consumers of late is not derailed in one swift move by government.