The organic certification body fears that gene editing and genetic modification are not suitable solutions to what it has called the “ecological crisis”. 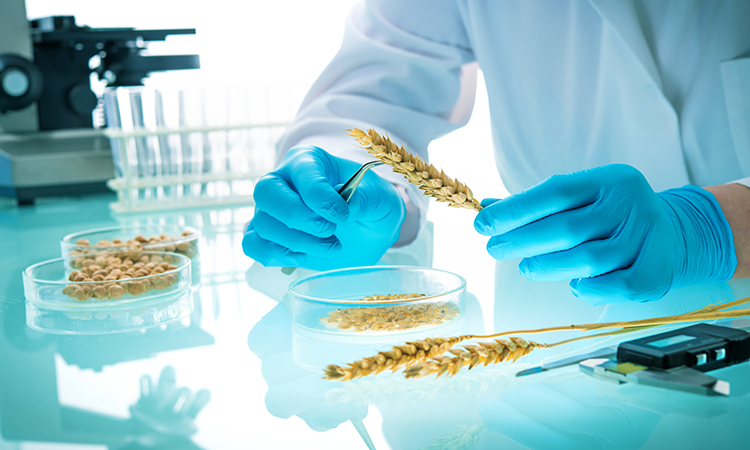 OF&G (Organic Farmers & Growers) has welcomed the launch of the new gene editing (GE) consultation by Department for Environment, Food and Rural Affairs (Defra) Secretary of State George Eustice, at the Oxford Farming Conference this week.1

However, the organic certification body has predicted that unless a wide range of views are properly considered, the outcome could negatively impact  market access, along with damaging the economic and ecological landscape for farming across England – and potentially the rest of the UK.

“We want this to be a true and fair consultation on gene editing and seek assurance from government that this will be the case, and that all voices will be heard and their views taken into account,” said Roger Kerr, chief executive at OF&G.

In Mr Eustice’s speech, he suggested gene editing “could unlock substantial benefits to nature, the environment and help farmers with crops resistant to pests, disease or extreme weather and to produce healthier, more nutritious food”.

UK PM, Boris Johnson, has spoken previously about the potential benefits of GE and gene modification (GM), and vowed to “liberate” the bioscience sector from anti-GM rules, a sentiment which did not sit right with the OF&G. “It’s concerning that GM and GE are being openly addressed by the prime minister and environment secretary as though it’s already part of agricultural policy. We worry the consultation is simply paying lip service to a deal that’s already been done. And that is simply not acceptable,” stated Kerr.

“A survey last autumn by the Agricultural Biotechnology Council showed that almost half (48 percent) of the people surveyed didn’t have faith in, and were not supportive of, new plant breeding techniques, such as gene editing.2 Why would UK agriculture want to exclude almost five out of 10 consumers from their market?”

“Developing and managing organic farming rotations are already proven to grow healthier crops and rear stronger livestock, all while improving the natural environment. Defra refers to nature’s ‘slow process’, however evidence to date doesn’t show that GE will provide a quick fix.

“Research by the English Organic Forum shows, as part of Environmental Land Management (ELM) in England, one million hectares of organic land could produce two million less tonnes of greenhouse gas emissions and more carbon sequestration worth over £40 million.

“It could also reduce nitrogen surpluses in water courses by 50kt, potentially saving up to £100 million in water treatment costs, as well as a 1.7kt reduction in active pesticide ingredient applications. Not to mention offering significant benefits to wildlife numbers and soil health.”

Kerr fears that introducing gene editing may open up the farmed environment to potentially harmful, unintended consequences and asks that a fully researched assessment of the long-term implications is undertaken.

“Mr Eustice said GE can help deliver ‘breeding crops that perform better, reducing costs to farmers and impacts on the environment, and helping us all adapt to the challenges of climate change’. There’s an acute lack of peer-reviewed, independent research to back up the minister’s claims. Science has shown the climate and ecological crisis is having serious, negative effects on our food production systems. GE isn’t a responsible, proven solution.

“Additionally, it’s frustrating that GM and GE are receiving government support while organic, with its proven delivery and market recognition, isn’t currently recognised in the new Agricultural Transition Plan and future ELM scheme.