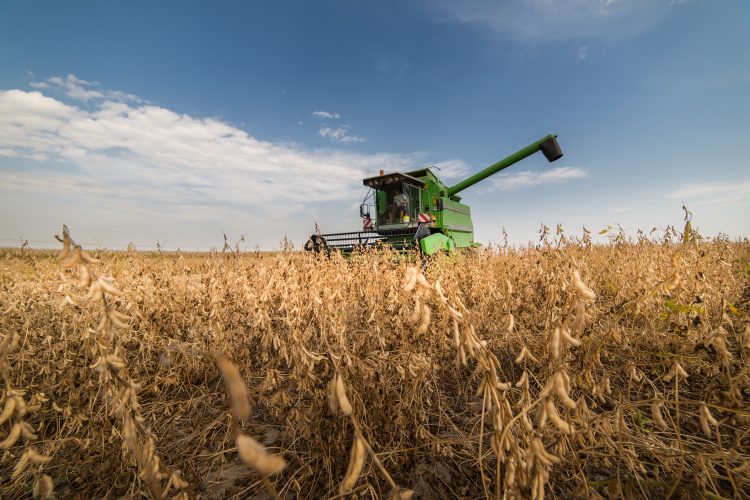 CRISPR technology has emerged as a much more efficient, precise, and simple technology for crop engineering

With the United Nations (UN) projecting that the world population will reach 8.5 billion by the year 2030 and 9.7 billion by 2050, an increasingly pressing question is how will we provide enough food for this many people without putting more pressure on our already strained resources and planet? One potential solution being investigated is that of crop plants, which can now be precisely enhanced using advanced technologies like CRISPR (Clustered Regularly Interspaced Short Palindromic Repeats) engineering, to be more resilient to pests and climatic stresses, as well produce higher yields.

As early as 2007, Dr Feng Zhang, PhD, an Assistant Professor at the Center for Precision Plant Genomics and Department of Plant and Microbial Biology at the University of Minnesota, was looking into ways of improving genome editing technologies for the genetic engineering of plants. Towards the end of 2009, he co-developed an important genetic engineering technology based on transcription activator-like effector nucleases (TALEN), which are enzymes that can be tailored to cut specific sequences of DNA. TALENs greatly improved the efficiency and precision of genetic engineering in plants. Since then, genome editing technologies have evolved rapidly, and CRISPR has emerged as a much more efficient, precise and simple technology to use. Now, Dr Zhang and his team use CRISPR exclusively for their research into improving food crops. He continues to lead projects aimed at not only developing better crops but also at refining CRISPR technologies for application in plants.

The challenges of creating plant cells

The genetic engineering of plant cells has posed some novel challenges compared to working with animal and human cells. For one, the plant genomes tend to contain more adenine (A) and thymine (T) bases than animal or human genomes. This means that Cas9, the CRISPR enzyme first discovered and primarily used in CRISPR experiments, is not able to target large portions of typically AT-rich plant genomes. In addition, plants are routinely grown at lower temperatures than mammalian cells and Cas9 is less active at these lower temperatures. To expand the CRISPR toolkit for scientists such as Dr Zhang, experts have been working to develop and optimize alternative Cas enzymes. Cas12a (formerly known as Cpf1) is one such example.

Cas12a is a CRISPR enzyme that targets AT-rich regions of DNA. However, the original form or ’wild type’ version of this enzyme has proven inefficient as its nuclease activity is substantially lower than that of Cas9. To address this characteristic, we created many mutant versions of Cas12a, which were then screened for high-activity variants, using an unbiased bacterial screen. The result was Alt-R A.s. Cas12 Ultra, an enzyme that is as active as Cas9, which is also able to withstand a broad range of temperatures – making it ideal for both animal and plant cells. 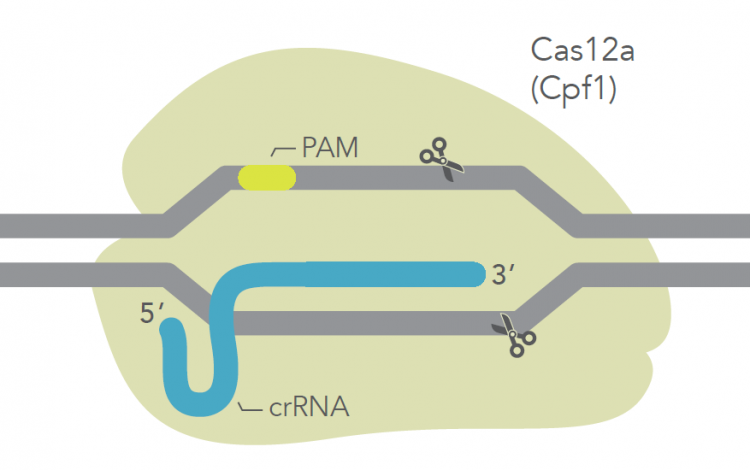 Another challenge of plant cell biology for genetic engineering is the presence of the cell wall, a layer of tough cellulose outside of the cell. While it is crucial to protect the cell and provide structural support, the cell wall imposes a barrier to reagents used in genetic engineering, preventing them from entering the cell. One way that Dr Zhang and his team have overcome this is to enzymatically remove the cell wall, leaving the cell surrounded only by its cell membrane. This ‘protoplast’ cell is thus much more permeable to reagents and as such, more closely resembles a mammalian cell. By working with protoplasts, CRISPR engineering can be performed at much higher throughput, which will be necessary for applications like functional genomic and expedited crop improvement.

A final hurdle in delivering genetic engineering reagents efficiently to precisely target DNA has been overcome through the direct delivery of ribonucleoproteins (RNPs). These greatly simplify genetic engineering and are used by Dr Zhang and his team as a key component of their experiments. Moreover, being commercially available, RNPs provide reliable editing precision and improve the reproducibility of CRISPR experiments. A further advantage of RNPs is that they facilitate genome editing in such a way that results in a transgene-free product. This means that the product will likely not be designated as a genetically modified organism (GMO) by regulatory agencies.

All these advances and refinements are applied by Dr Zhang to the development of new and improved crop plants. He and his team are using CRISPR to engineer crops with important traits, such as greater yield. Crops with higher productivity is the number one goal of plant breeders, as this is – and always has been and increasingly will be – essential for all crops. Beyond productivity, variants are also being developed with the other desirable traits, such as herbicide tolerance and insect resistance. A growing concern is also being addressed through the development of crops that are better able to cope with climatic stresses, such as variants with drought or flood tolerance.

Despite all the research and development going into the improvement of crop plants, there is yet one other critical consideration. Public acceptance of foods produced using CRISPR-engineered crops is absolutely vital if this avenue of research is to help solve the world’s food crisis. To achieve this, scientists, including Dr Zhang, are going beyond the engineering of traits, such as insect resistance in crops. He is focused on developing crops that are better for human health, for example with soybeans that contain no trans-fat but more healthy fat that is crucial for protecting the heart and brain cells. By putting consumers first and focusing on the development of traits that offer health benefits for consumers, the hope is the threshold for public acceptance will be lower. This will of course need to be coupled by information and education so that consumers are empowered to make informed decisions.

In fact, the first gene-edited food is already on the market. An oil made from soybeans that have been engineered using TALENs to contain no trans fats is being sold to companies in the food service industry. This non-GMO oil has been developed and manufactured by Calyxt, the Minnesota-based company that Dr Zhang co-founded many years ago. Although he has since moved on to pursue research in the public sector, he continues to watch with interest the anticipated launches of Calyxt pipeline products like high-fibre wheat and reduced-browning potatoes. We too look forward to seeing what Dr Zhang and his team will come up with next, both in terms of advancing CRISPR technologies for plant engineering, as well as hardier and more productive food crops that could help feed the world.

Mollie Schubert is a Staff Scientist in the molecular genetics research group at Integrated DNA Technologies (IDT). Mollie received her master’s degree in biochemistry from Iowa State University and has been at IDT since 2013, where she has focused on studying CRISPR gene editing. Specifically, this has included high-throughput screening of CRISPR-Cas9 guides for the development of a site selection tool, optimising the composition and delivery of synthetic RNA reagents complexed to recombinant CRISPR nucleases, and developing methods for efficient gene editing with a focus on improvements to homology directed repair. 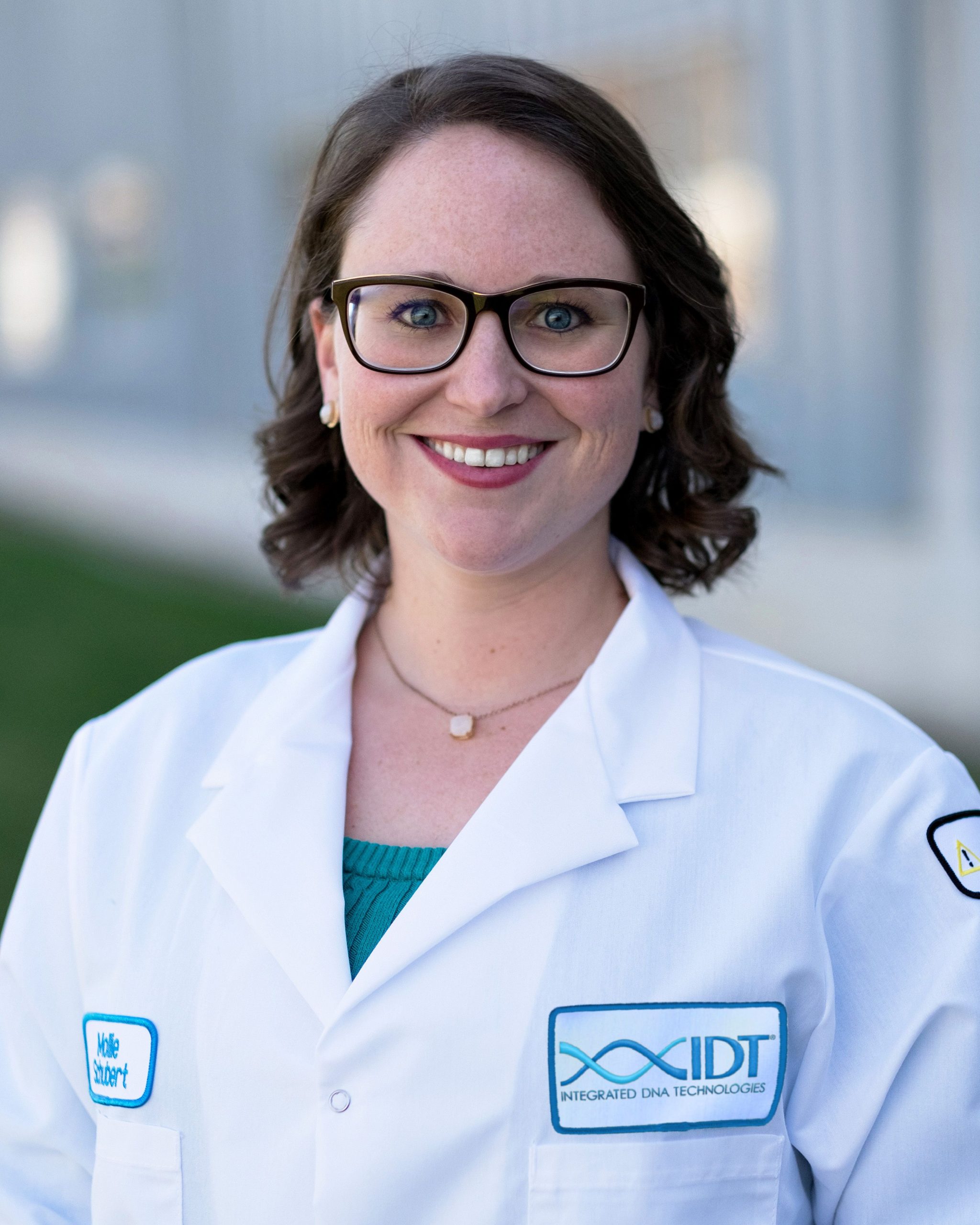