Consumers are increasingly interested in meat-free produce options due to environmental and climate concerns. 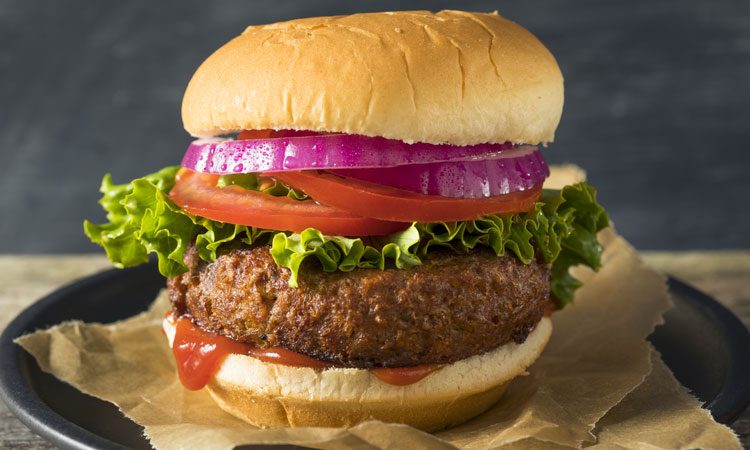 According to an industry insider, the total value of the UK plant-based market was worth £443 million in 2018 and with growing environmental and health concerns surrounding the impact of meat, the demand for meat-free produce is increasing.

Plant-based food is not only consumed by vegans anymore, says Darcy Simonis from ABB, and people following a ‘part time vegetarian’ diet are also increasing, contributing to the demand for meatless products. In fact, in the UK, 50 percent of people now claim to know someone that is vegan.

As more people make the decision to become vegan, or reduce their meat consumption, it raises more awareness of the reasons that are influencing this lifestyle change.

With the environment and climate change a hot topic across the globe right now, reports state that 25 percent of British consumers have claimed their reason to reduce the amount of red meat they eat is due to environmental concerns, she continues. Data from a United Nations Food and Agriculture Organization report shows that livestock farming contributes to 18 percent of human produced greenhouse gas emissions worldwide – more than the combined emissions produced from all transportations systems globally.

Furthermore, increasing packaging waste as a result of meat production, is also impacting the environment. Meat must be packaged in plastic and refrigerated, whereas plant-based products do not have the same requirements.

Consumers are also no longer satisfied with products simply labelled as plant-based or meat-free, Simonis continues, and there is now a demand for plant-based products to actually taste like the food it’s replicating.

Meatless burgers, for instance, have been designed to look and taste like real meat and other meat-free alternatives have been developed. Additionally, some manufacturers are turning to cutting edge technology to innovate the future of plant-based food and further developments in the production of meatless products could even see meat produced in a lab.

Simonis believes that these developments could mean that manufacturers may need to adopt different production methods in order to remain competitive and ensure no cross-contamination occurs.