A petition asking for stricter regulation on how lab-grown meats are labelled has polarised opinion in the American food and drink sector, with some going so far as to call it a violation of one of the cornerstones of the nation’s Constitution. 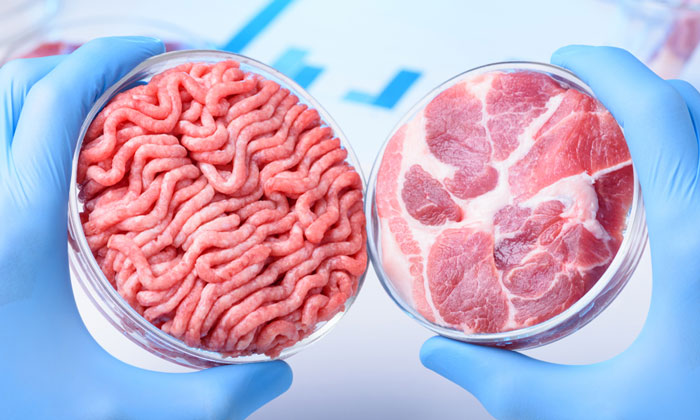 WHERE'S THE BEEF: The petition was submitted in February

A group of  ‘clean’ and and alternative meat companies has returned fire in a row over how lab-grown meats should be labelled.

The consortium, the members of which can be seen below, has responded to a petition submitted to the USDA by the U.S. Cattlemen’s Association (USCA) to ban products not derived from animals raised and slaughtered from being described as ‘beef’ or ‘meat’.

It argued that the petition, which was submitted on February 9, asked the USDA to “abuse its authority” and even violate the First Amendment by “restricting corporate speech”.

It also said that the proposed action didn’t fall within the USDA’s jurisdiction, saying that plant-based product labelling matters instead belonged to the FDA.

“The USDA similarly lacks the authority to address the alleged problem that the Cattlemen seek to address,” the consortium went on. “Because plant-based and clean meat ‘directly compete, or will soon directly compete, against actual beef products that are born, raised and harvested in the traditional manner,’ the Cattlemen argue that they ‘should be excluded from the definition of ‘beef.’’ However, USDA is authorised only to regulate meat labels to protect the health and welfare of consumers, not to prop up an industry or favour one production method over another.”

The petition has attracted a stream of comments from farmers and industry bodies. Many of these have been in support of the USCA’s assertion that meat labels on meat-free products misled consumers.

Among them was a submission from America’s National Farmers Union, which said its members believed “all food products should be clearly labelled in a manner that helps consumers make informed decisions and allows producers to differentiate their products.”

It added: “NFU is also concerned by new research toward developing alternative meat products grown in laboratories using animal cells. These products are not derived from animals born, raised, and harvested in a traditional manner, and should not be permitted to be marketed as meat.”

However, it has been subject to criticism from unlikely quarters. The National Cattlemen’s Beef Association has opposed the petition, mirroring one of the statements made by the clean-meat consortium concerning the authority of the USDA.

It said that, though it believes the term beef should only be applicable to products derived from actual livestock raised by farmers and ranchers, it was unconvinced that simply developing a new standard of identity for beef, as the USCA proposes, would effectively address “misleading labelling of plant, insect and other non-animal products, which fall squarely under the jurisdiction of the Food and Drug Administration (FDA)”.

Who’s in the consortium opposing the petition?