Scientist have used an ‘antelope perfume’ to keep tsetse flies from cows, cutting sleeping sickness rates by 80 per cent. 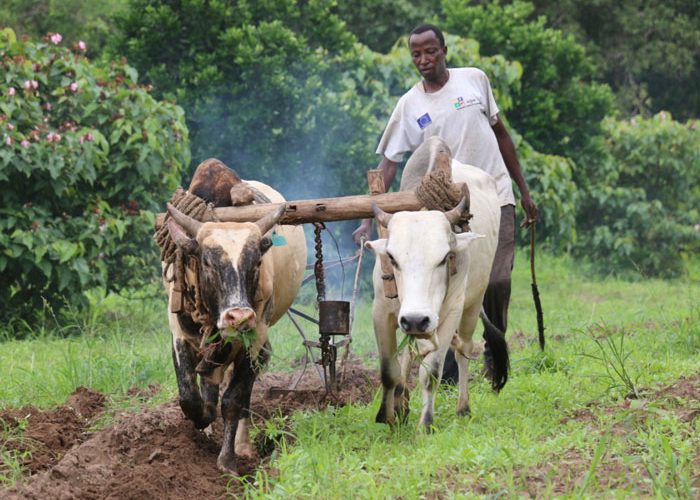 SHOO FLY: With the traditional method, smoke should keep the tsetse flies away from the cattle. © Foto: Dr. R. K. Saini/icipe

Sleeping sickness, or trypanosomiasis, is endemic to 36 sub-Saharan African countries. In unaffected regions of the world, the impact on humans is well understood. It is caused by a parasite, transmitted most often by the bite of the tsetse fly, with a course of symptoms sometimes lasting more than seven years.

It begins with itching and aching before moving on to confusion, poor coordination and a disturbed sleep cycle, from which it takes its popular name, as it makes its way through the blood-brain barrier. Left untreated, mortality rates are in the region of 100 per cent.

But though it is receding in humans, dropping from 9,878 to 2,804 new cases in the last eight years alone, the impact on cattle, and by that virtue the African economy, remains devastating. Estimates put the cost of the disease to farms and cattle-related industry across the continent at around US $4.6 billion each year. 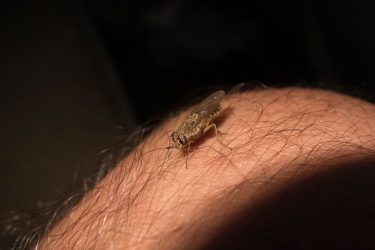 Mortality rates of African animal trypanosomiasis (AAT), the non-human version of sleeping sickness, transmitted in exactly the same way and sharing symptoms, vary between 50 per cent and 100 per cent within months. There are drugs used to kill off the parasite but often there is no effective treatment, or the treatment proves too expensive, and the animal is euthanised to prevent spread.

A lasting solution may be have just made its premier. Over the last two years a team of researchers from Kenya, the UK and Switzerland, have been conducting an innovative trial on 1,100 cows provided by 120 Maasai herdsmen. The result was an 80 per cent reduction in incidents of sleeping sickness.

The researchers, led by Prof. Dr. Christian Borgemeister of the Center for Development Research (ZEF) of the University of Bonn developed their approach based on a much observed but here-to unexploited fact: that tsetse flies avoid waterbucks, an African antelope species, because they find the smell of the animals repellent.

The international team of scientists first isolated, identified and synthesised the waterbuck’s repellents in the laboratory. They then filled tiny amounts of the tsetse fly-repellent substance into plastic containers that were tied to the cattle with a collar. From then on the cattle exhaled the smell of the unloved waterbucks – as in the famous wolf in sheep’s clothing the tsetse flies were deceived by the “antelope perfume”.

This represents a significant advance for food security.

Borgemeister said: “All of this contributed to a significant improvement in food security and household income fro the pastoral families involved.”

“This method, successfully tested in practice, represents a significant advance for the food security of many pastoralists and cattle farmers in Africa.”

Compared to the animal medicines that are usually used to treat the disease, the collar method is significantly cheaper and thus more economical, tells the researchers. In addition, the new technology is very popular among the Maasai herders. Around 99 per cent of the shepherds would like to use the collars.

The research team was made up off staff from the Center for Development Research (ZEF) of the University of Bonn, the International Center of Insect Physiology and Ecology (icipe) and the Interafrican Bureau for Animal Resources (both in Kenya), and Rothamsted Research, Harpenden (Great Britain).