A deadly Listeria outbreak spanning across six US states has been linked to contaminated deli meat and cheese, according to the CDC. 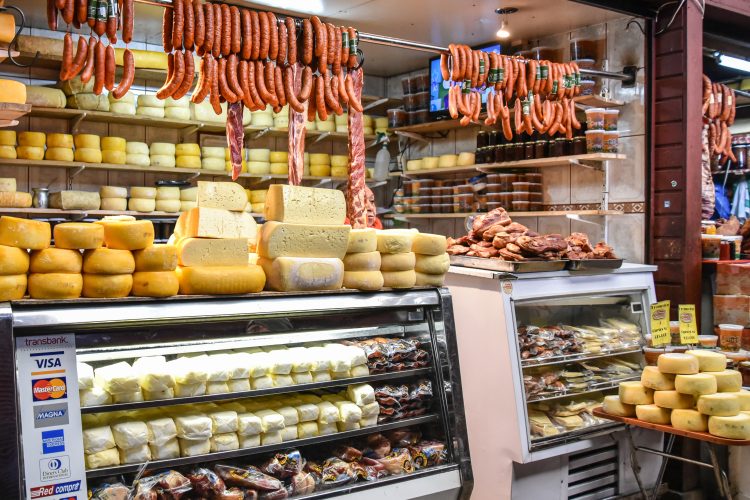 The Listeria outbreak has been linked to deli meats and cheeses

The US Centers for Disease Control and Prevention (CDC) has revealed it has information to suggest deli meat and cheese purchased at deli counters are the likely source of a multistate Listeria outbreak.

Explaining the outbreak, the CDC has said that Listeria can easily spread among food on deli countertops, deli slicers, surfaces, and hands, as Listeria is a resilient bacteria that can be difficult to fully remove once it is in the deli. It can also survive and grow at cold temperatures in the refrigerator.

Investigators are reportedly still working to identify any specific products or delis that may be contaminated with the outbreak strain.

The six states that have been affected by the Listeria outbreak are California, Illinois, Maryland, New Jersey, Massachusetts, and New York. Of these states, New York had had the highest number of reported sick people.

As of 10 November 2022, there have been 16 reported illnesses and 13 hospitalisations due to the outbreak. According to the CDC, one death has been reported in Maryland. Furthermore, following becoming ill during their pregnancy, one person suffered pregnancy loss.

The age range of those who have been reported sick is between 38 and 92 years, 62 percent of whom are male.

The organisations that are collecting data to investigate the multistate outbreak include the CDC, the US Department of Agriculture’s Food Safety and Inspection Service (USDA-FSIS), the US Food and Drug Administration (FDA), as well as public health and regulatory officials in several states.

The CDC has highlighted that the actual number of sick people as a result of this outbreak is likely to be higher than the number reported and notes that the outbreak may not be limited to the states with known illnesses.

Protection from the outbreak

The CDC has issued a warning stating those who are pregnant, are aged 65 or older, or have a weakened immune system due to certain medical conditions or treatments are at a higher risk of a severe Listeria illness.

People who are at high risk have been advised to not eat meat or cheese from any deli counter unless it is reheated to an internal temperature of 165°F or until steaming hot. This is because Listeria can grow on food that is kept in the refrigerator, but can be easily killed by heating food to a high enough temperature.

High risk consumers have also been advised to clean their refrigerator, containers and surfaces that may have touched deli meat or cheese from the deli.

Furthermore, the CDC is urging people to call their health provider straight away if they have any symptoms of severe Listeria illness after eating meat or cheese from a deli.

Businesses have been advised to follow the USDA-FSIS best practices for controlling Listeria contamination in deli areas.

Food and Drug Administration (FDA), The US Centers for Disease Control (CDC), US Department of Agriculture’s Food Safety and Inspection Service (FSIS)

Food and Drug Administration (FDA), The US Centers for Disease Control (CDC), US Department of Agriculture’s Food Safety and Inspection Service (FSIS)