A team of food scientists and engineers recently received a grant to develop and test a portable sensor technology which aims to quickly detect foodborne pathogens outside of a lab. 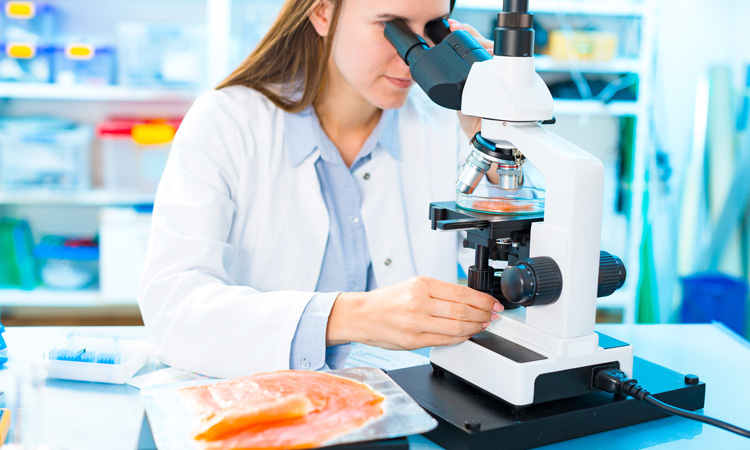 An international team has received a $750,000 United States Department of Agriculture National Institute of Food and Agriculture (USDA NIFA) partnership grant to develop and test portable, rapid biosensors capable of detecting noroviruses and mycotoxins in foods and agricultural products.

Noroviruses are the leading cause of foodborne illness globally and are highly contagious, causing outbreaks regularly.

“People can get really sick from foods that contain viruses and toxins,” said Matthew Moore, Assistant Professor of Food Science at the University of Massachusetts Amherst (UMass Amherst).

“We need a way to quickly and easily find out if a food contains these contaminants in a cheap but effective way – without the need to go back to a separate lab to do the testing.”

Mycotoxins are toxic substances produced by fungi that can grow in warm and humid conditions on crops and food, in particular in many grains, produce, nuts, seeds and spices. “They represent a growing threat to public health in the face of climate change trends and increased consumption of plant-based foods”, said Moore.  “One of the interesting things about mycotoxins as a foodborne contaminant is that they’re often not very acute, so you’re less likely to notice it. Oftentimes, the damage they do is more chronic, and they will mess with the kidneys and liver especially and can promote cancer.”

“With this technology we’re trying to create a cheap, highly durable, and potentially reusable sensor that can detect these contaminants,” he added.

The UMass Amherst food scientists teamed up with engineers at Newcastle University in the UK to obtain an international partnership grant from NIFA.

“The grant enables an unprecedented international exchange…The technology has already shown promise for other targets, including SARS-CoV-2 (Coronavirus disease), and we hope to further explore its potential for human noroviruses and mycotoxins,” Moore concluded.