Language matters when it comes to health claims

The way in which health claims are understood on food packaging varies greatly between different countries, where differences in language can change the meaning and perception of health claims. 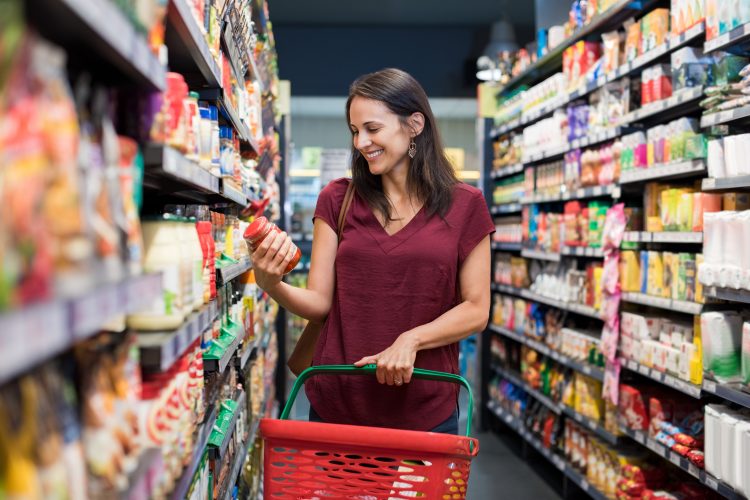 A team of researchers has found that communicating health claims on food packages in a way that consumers can understand and that is compliant with the European Union’s regulation on health claims (which has been retained for use in Britain) can be challenging because of differences in culture, language and enforcement policies among the different member states.

The ‘Health Claims Unpacked’ project is funded by EIT Food and supported by the European Institute of Innovation and Technology (EIT). The project includes partners from across Europe, including the British Nutrition Foundation. The project is investigating how consumers respond to the way health claims are presented on food packages (the wording, location on pack and use of symbols) and how food companies cope with regulatory requirements.

Consumers in all countries found the authorised wording of claims confusing and sometimes off-putting. But there were differences in the way consumers in different countries responded to health claims based on cultural ideas about food and eating. Consumers in the UK and Poland, for instance, were much more open to reading about the health benefits of their food on packages. French consumers, though, were not impressed by claims about the healthiness of food and were more interested in its quality and taste. German consumers responded better to claims having to do with the environmental sustainability of farming and manufacturing processes.

Issues with translating health claims into different languages can also result in an uneven playing field among European food companies. An informal set of general principles linked to the wording of claims agreed by EU Member States advises that the word ‘normal’, which appears in the English version of around two thirds of authorised health claims (eg ‘potassium contributes to the maintenance of normal blood pressure’), should be retained in adapted wording and should not be replaced by another term or removed, but in many of the official Polish translations of health claims, the word ‘healthy’ (zdrowy) is used instead of ‘normal’ eg  Wapń jest potrzebny do utrzymania zdrowych kości (Calcium is needed to maintain healthy bones).

“Translation is never a matter of one-to-one correspondence. For example, the way the word ‘normal’ is used in English scientific language is different from the way it is understood by Polish speakers, for whom it might even have a negative connotation,” said Dr Sylvia Jaworska, a linguist working on the project.

Consumers in different countries also responded differently when authorised health claims were reworded. Speakers of English and German preferred shorter claims with simple words and grammar and no figurative language (such as metaphors) eg Selenium contributes to antioxidant activity vs. Selenium contributes to the protection of cells from oxidative stress. French consumers, however, did not think that figurative language interfered with the scientific meaning of claims.

Although the UK is no longer part of the European Union, all of the nutrition and health claims that were listed in the EU Register of Health Claims, as of 1st January 2021, have been included in the Great Britain Nutrition and Health Claims Register. Anyone wishing to make a new health claim on a product in Britain that is not included in the British register must submit an application for that claim to be assessed by the UK Nutrition and Health Claims Committee and subsequently authorised by the UK government and devolved administrations before it can be used.

The principal investigator for the project, Professor Rodney Jones, said: “The way the authorised claims are worded, and the differences in how the regulation is enforced in different countries, makes many manufacturers reluctant to use health claims at all, which means that consumers get less information about the nutritional value of their food.”