A team of researchers are taking a fresh look at the way health claims are worded. New Food’s Joshua Minchin reports. 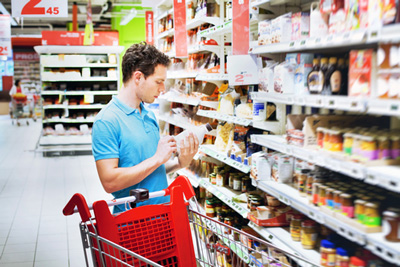 The voice of the consumer has been neglected when it comes to choosing the way health claims are formulated.

The Health Claims Unpacked project is taking a new approach to the tricky issue of health claims on food packaging in an attempt to improve the situation for both consumers and manufacturers alike.

Funded by the European Institute of Innovation and Technology, the project is taking a sociolinguistic look at the way health claims are worded, and has created an online dashboard for consumers to have their say in what motivates them to buy certain products over others.

Project leader Professor Rodney Jones, who is the head of Sociolinguistics at the University of Reading, believes that current legislation is creating phraseology that is unappealing and difficult for consumers to understand. An example he uses is “Biotin contributes to normal energy-yielding metabolism”. This is full of complex scientific terms that many consumers will find difficult to digest in the short amount of time they are examining a product.

In focus groups with consumers, Health Claims Unpacked revealed that shoppers described health claims on food packaging as “weird” and “not accessible”. Research undertaken by Anna Saba and Marco Vassallo from the Food and Nutrition Research Centre in Italy showed that in some countries, such as Italy, consumers were more likely to buy a product that did not have a health claim on it.1

A similar exercise with food manufacturers described the process of getting claims past regulators as “tortuous” and “just horrible!”. In fact, in his presentation, Professor Jones claimed that legislation in France was so strict that many manufacturers simply did not utilise health claims on their products at all.

There appears to be a schism between regulators, manufacturers and consumers when it comes to which claims are both effective and truthful. Health Claims Unpacked is attempting to change that by launching an online dashboard, which includes games to encourage consumers to voice their opinion. The initiative hopes that ‘What would you buy’ and ‘Design your own food pack’ will harvest the opinions of consumers from across Europe through interactive, game-like exercises. Crucially, the dashboard will be available in English, German, French and Polish to reflect the lingual flexibility needed when making decisions on health claims – what might work in one language may not work in another.

The team behind Health Claims Unpacked is already putting the dashboard to use. Among other recommendations, the initiative is considering its guidance over the use of the word ‘normal’ in health claims. The initiative says the European Commission requires this word to be present in health claims, yet ‘normal’ does not appear to be as appealing to consumers, who want products to increase their health, not just maintain it at a ‘normal’ level.

Professor Jones explained in his presentation that this was just another example of scientific language dominating claims, with what the consumer wants or responds well to disregarded. Instead, Health Claims Unpacked suggested a term such as ‘normal healthy bones’ could be used for a product high in calcium.

Professor Jones is hopeful that the project will change the way manufacturers and regulators view health claims, by adding the consumer’s opinion into the decision-making process. “Already we have been able to use initial findings from the research to gain a better understanding of what consumers look for when it comes to health claims on food packages, allowing us to begin formulating best practice guidelines for manufacturers and retailers,” he said.

“By the end of this project, we hope to have developed an insightful, data-driven resource that will enable the food industry to communicate health claims more effectively, for the benefit of both the brands and their consumers.”

The project sounds simple: gather as much data as possible from the people with the purchase power, ie, the consumer. Yet an approach that links consumers with manufacturers and regulators is actually quite novel. The innovation in Health Claims Unpacked is perhaps not in the notion of the project itself, but in its execution. Gathering the opinions of consumers on an issue is not new, but an easy to use, interactive dashboard available in multiple European languages is. It’s also far more likely to garner the level of response needed to make a difference than more traditional survey methods.

By looking at the wording of health claims in detail and giving consumers a platform to communicate with the people that make the packaging, Health Claims Unpacked is hoping to make the whole process a lot simpler.