Can bacteriophages be used to destroy harmful bacteria in cheese?

A research team is investigating whether using bacteriophages is an effective way of preventing foodborne illness in certain cheese varieties. 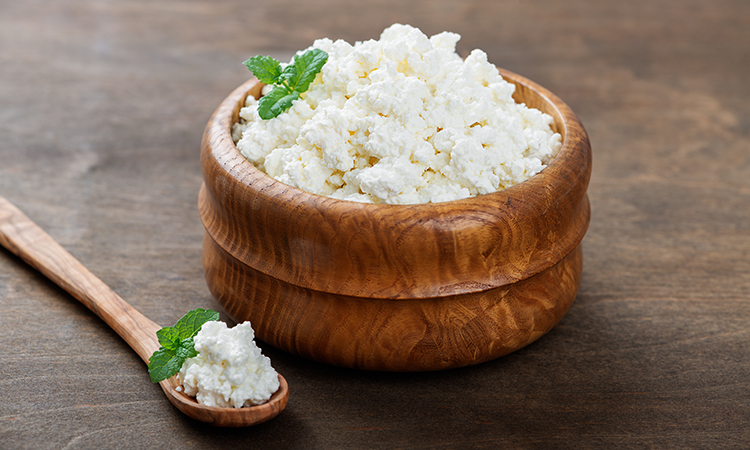 It's hoped that Bacteriophages can make certain cheeses safer

Research is currently underway at Harper Adams University to explore whether a biological control method in the form of bacteriophages can be used to improve the safety of popular Egyptian cheeses produced from raw cows’ milk.

It’s hoped that the bacterial viruses can be used to target and destroy harmful bacteria which can cause foodborne illness in consumers of the popular cheeses.

The work is being conducted by Sherif Kandil, a PhD student and scholar sponsored by the Newton Mosharafa Fund. Sherif is in the final year of a three-year study, directed by Dr Lynn McIntyre, Senior Lecturer in Food Safety in the Department of Food Technology and Innovation.

“Cheeses made from raw cows’ milk, such as Karish, Domiatti and Ras, are popular in Egypt and Arab countries. Their strong flavour is produced by naturally occurring microorganisms in raw milk rather than the deliberate addition of starter culture organisms.

“However, their production also relies on smallholders in rural areas who make and store cheese under potentially uncontrolled hygiene and temperature conditions’’ Kandil added.

“Therefore, the growth of a variety of disease-causing (pathogenic) bacteria such as S. aureus and E. coli can be a real problem.

“These pathogens are also developing some resistance to antibiotics, but pasteurisation, normally used to kill pathogenic bacteria in raw milk, would also kill the desirable microorganisms and alter the flavours, which may be unacceptable to the consumer.”

Bacteriophages are highly specific viruses, which, unlike antibiotics, can selectively kill target bacterial species without affecting the desirable microorganisms. These could therefore have potential to target and control the disease-causing bacteria in raw cows’ milk cheeses, “an area that has not received much attention to date” according to Sherif.

For his study, Kandil collected 100 raw cows’ milk samples and processed them using a standard method to isolate and identify strains of S. aureus and E. coli in the Princess Margaret Laboratories, at Harper Adams University.

Karish, Domiatti and Ras cheeses have been successfully produced from raw cows’ milk on a small-lab-scale using traditional production methods, and their properties characterised during manufacture and storage.

A range of conditions, based on these data, has also been tested to understand how the bacteriophages behave under conditions they will be exposed to during cheese production. The last phase this year will evaluate how effective these phages are at controlling S. aureus and E. coli in milk and during further lab-scale cheese manufacture and storage.

“There is increasing interest in controlling pathogenic bacteria in food using natural non-thermal approaches without compromising the manufacturing process and product quality,” Dr McIntyre added. “We are not immune to these food safety challenges in the UK, and much of what we’ve been investigating in this project could also be applied to raw milk cheese production here.”