Action on Salt has issued a warning over the salt levels in so-called ‘healthy’ snacks and has urged the UK Government to name a successor to Public Health England to lead the salt reduction campaign. 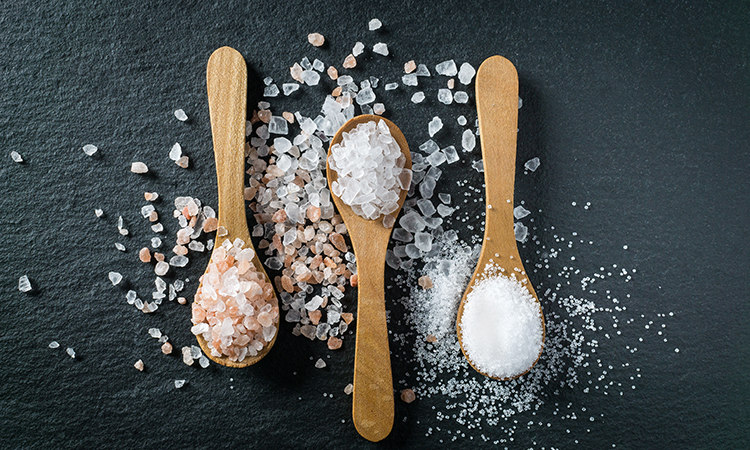 To mark Salt Awareness Week (8-14 March), researchers at Action on Salt (based at Queen Mary University of London) are today calling for a restriction on the use of misleading nutrition claims on unhealthy foods (deemed high in fat, salt and sugar: HFSS). This comes as new data from the organisation claims some ‘healthy’ snacks are in fact also high in salt and could have a negative impact on consumers’ health.

In an analysis of 118 snacks including dried/roasted pulses and processed pulse snacks (lentil curls, chickpea chips and puffs), which are often perceived as ‘healthy alternatives’ to more traditional snacking options such as crisps or flavoured nuts, the findings have raised concerns among experts – especially given reports of increased snacking during 2020 compared to pre-COVID-19. 1,2

Despite these products being (on average) lower in fat, saturated fat and calories, and higher in fibre compared to standard crisps and flavoured nuts, the research claims over one in three (43 percent) are also high in salt (ie, more than 1.5g/100g) – a forgotten ingredient that raises blood pressure and increases the risk of strokes and heart attacks.

81 percent of snacks surveyed include a nutrient-based claim on pack (eg, ‘x kcal per serving’, ‘Less fat’, ‘No added sugar’, ‘Source/High in fibre/protein’), and almost all (93 percent) include claims such as ‘Gluten free’, ‘Vegan’, ‘All natural’ and ‘No artificial preservatives’.

One in three snacks surveyed also specify the use of sea salt, which is often perceived as healthier than standard salt, but in fact research has shown they all contain the same levels of sodium and are therefore equally damaging to health.3

“We should all be eating more beans and pulses, but there are better ways of doing it, and eating processed snacks high in salt is not one of them,” said Sonia Pombo, Campaign Manager at Action on Salt.

“This important survey has put a spotlight on the unnecessary amounts of salt in ‘healthy’ snacks, and the use of nutrition claims on HFSS foods need to be questioned. Instead of misleading their customers, companies should be doing all they can to help us all make more informed decisions, including using front of pack colour coded labels.”

The UK Government recently announced plans to restrict the promotion of some unhealthy food (ie, only foods which fall under the current sugar and calorie reduction programmes), yet it is not clear whether these snacks will be included in the programme – even though half (56 percent) of these seemingly healthier products are HFSS.4

To ensure salt levels are reduced across all products, Action on Salt claims it is imperative that Ministers announce the successor to Public Health England in order to continue its salt reduction campaign.

“The UK’s salt reduction programme was once world leading, and countries around the world are looking to us, but it can only be successful if it is properly monitored,” said Mhairi Brown, Policy and Public Affairs Manager for Action on Salt.

“This is why we urgently need a replacement for Public Health England – to make our salt reduction programme world leading once more.”

Eat Real, whose Hummus Chilli & Lemon Flavoured Chips were analysed as part of the research, says it has been working to reduce the salt content of its snacks.

“As a company we’re always striving to create healthier and tastier snacks. And while we’re proud of the progress made so far, we’re also aware that we can do more,” a spokesperson said in a statement.

“Eat Real is rooted in a mission to make snacks using real, natural ingredients. We remain totally focused in ensuring our snacks are as healthy as possible, including keeping salt levels down. And we’ve made real progress. We’ve already lowered the salt content of our Chilli and Lemon Hummus Chips, as referenced in the article, by nearly 41 percent which will be reflected in new packaging soon. We’re introducing four new products in August that will demonstrate our ultimate ambition to be a fully non-HFSS brand. We’re determined to keep leading the health conversation, and to continue delivering on our promise of real taste, real nutrition and real ingredients.”