Lorries drivers protest against Brexit delays with demo on Whitehall

Seafood firms affected by the increased Brexit bureaucracy expressed their frustration at the government for what they see as a lack of support over border delays. 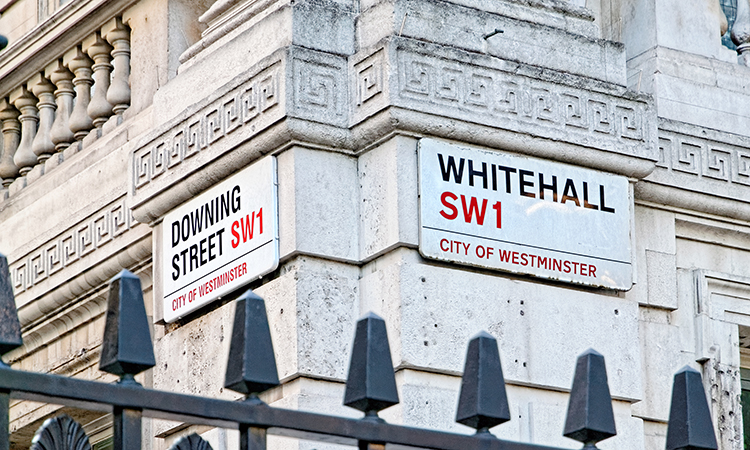 Seafood firms took to driving their lorries down one of London’s busiest and most famous streets yesterday to protest over delays getting their catch into the EU, after Brexit red tape made day-to-day trade increasingly difficult for meat and seafood traders.

Lorries were seen driving up and down Whitehall and Parliament Square, just outside the Palace of Westminster (where the UK House of Commons is located), to convey a message of alarm from an industry suffering at the sharp end of the Brexit process.

According to Sky News, many of the vehicles displayed slogans such as “Brexit Carnage” and “Incompetent Government Destroying Shellfish Industry!” The frustration among the seafood and meat industries has been stoked by added checks and paperwork requirements which have meant some EU buyers have rejected UK fish altogether.

Mark Moore, who is the manager of the Dartmouth Crab Company, told the BBC that his and the other businesses were attempting to “raise awareness” of the new border checks.

“It’s not about the increased documentation per se,” he said.

“We have taken that on board, and we ourselves – and I know many others – have had no issues with producing the actual paperwork.

“It’s the volume required and the timeframe in which to produce it, which doesn’t lend itself to live shellfish and fish generally.”

When it comes to seafood, time is of the essence, as every hour in between a catch hitting the deck of a boat to being served on a plate is costly. Delays at the border will no doubt affect the freshness of the catch – in some cases it might have to be written off entirely.

The seafood industry is not the only one suffering though. Nick Allen, CEO of the British Meat Processors Association, claimed some producers were seeing entire lorryloads sent back after long delays.

“One of our members reported on 11 January that he had six lorryloads of product [value around £300,000] all waiting for customs clearance into the Republic of Ireland. At the time, one of those loads was about to be returned to the processing company after waiting five days for clearance. Drivers have been reporting long delays as they wait for HMRC to process the customs documents,” he said.

Prime Minster Boris Johnson has since pledged £23 million to help firms which “through no fault of their own have experienced bureaucratic delays, difficulties getting their goods through, where there is a genuine willing buyer on the other side of the channel”.

Labour leader Sir Keir Starmer accused ministers of trying to “blame fishing communities” for problems “rather than accepting it’s their failure to prepare”.

“The government has known there would be a problem with fishing and particularly the sale of fish into the EU for years,” he told reporters.