Empty lorries could be fast-tracked through ports to alleviate the situation in the UK, but the situation could worsen in Northern Ireland, supermarket bosses warn. 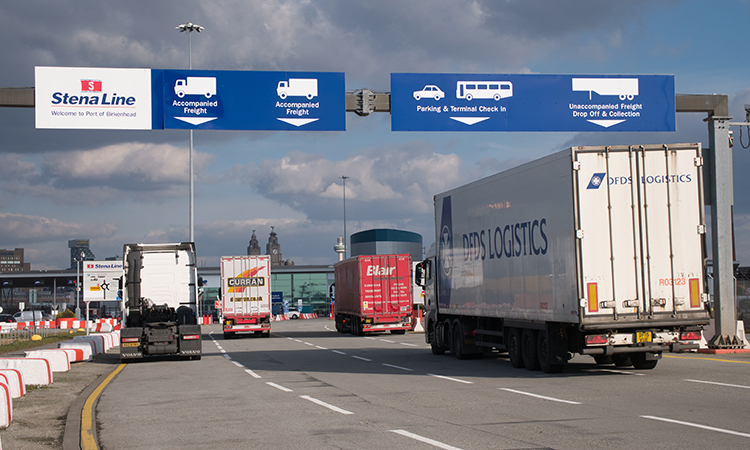 Getting goods from ports like Birkenhead into Northern Ireland has proven tricky.

Supermarket bosses have warned of food shortages in Northern Ireland if current poposals around trade red tape are implemented at the end of March, as the UK Government sets out plans to rush empty lorries through the ports of Dover and Folkestone.

As a result of the UK leaving the EU earlier this month, it has become increasingly tricky for hauliers to pass through ports, especially the busy port of Dover. The i newspaper has reported that the number of German haulage firms avoiding entering the UK has more than doubled since the transition period ended on 31 December 2020. According to i, this has meant that only half the normal amount of deliveries are making it through to the UK, stoking fears that some products may not be available on the shelves for much longer.

The problem is most acute in Northern Ireland, which is subject to a unique trade situation thanks to its position on the island of Ireland and the fact that it shares a land border with another EU Member state in the Republic of Ireland.

Pictures of empty shelves in the country have emerged on social media already, yet supermarket bosses have written to the Government warning the situation could get much worse when the grace period exempting retailers to some red tape ends on 31 March.

In a letter to Cabinet Office secretary Michael Gove, chief executives of companies including Sainsbury’s, Marks and Spencer and Tesco called the proposed changes in bureaucracy “unworkable”. It urged the Government to take action and work with supermarkets to “ensure the long-term sustainability of the Northern Irish grocery market.”

There are plans to at least alleviate the situation in Dover, with the Government reportedly considering emergency measures to get lorries in and out of the Kent port to keep supermarket shelves stocked.

According to The Independent, empty lorries will be able to skip queues at the port in order to cross the channel and refill as quickly as possible. The plans outlined in a Government document would allow up to 300 trucks a day to be expedited through the ports at Dover and Folkestone, yet it would only be reserved for supermarkets and the largest subcontractors.