Mealworms have been approved for human consumption by the EFSA, which could help insect-based foods flourish within the EU. 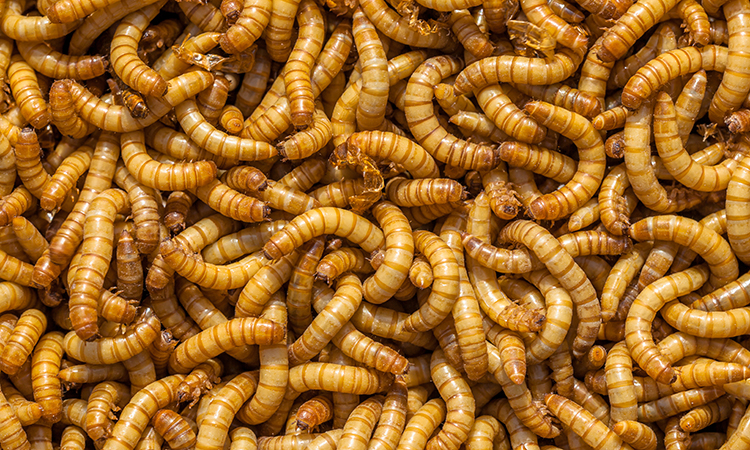 Mealworms have become the very first insect-based food to be approved by the European Food Safety Agency (EFSA), though the European Commission has yet to endorse the decision.

The worms are actually not worms at all, but larvae of the darkling beetle, which could soon become a major ingredient in smoothies, snacks and other food products for human consumption.

The insect is high in fibre and contains lots of protein, and is relatively sustainable way of consuming protein compared to beef or pork products. The low-carbon emissions of insect-based foods has made them a hot topic within the food industry for some time now.

“This first EFSA risk assessment of an insect as novel food can pave the way for the first EU-wide approval,” Ermolaos Ververis, a scientific officer at the agency, told The Guardian.

“Our risk evaluation is a decisive and necessary step in the regulation of novel foods by supporting policymakers in the EU in making science-based decisions and ensuring the safety of consumers.”

There are several potential uses for the larvae; they can be dried and used whole in dishes such as curries, or ground down to make flour suitable for biscuits, pasta, and even bread.

Some parts of the world, such as Africa and Central America, have been eating insects for a long time, yet there is a fear that European consumers may turn their nose up at the unassuming mealworm.

However, Giovanni Sogari, a consumer researcher at the University of Parma (where the EFSA is based), was more positive about the future of insects in western countries. “With time and exposure, such attitudes can change,” he told Deutsche Welle.

And despite concerns over uptake, the announcement was still cause for optimism for companies specialising in the manufacture of insect-based foods.

“We need to celebrate this breakthrough. It is a major achievement that rewards the work that has been done for years by the entire European insect industry gathered under IPIFF (International Platform of Insects for Food and Feed) umbrella. It demonstrates, if proof was needed, the excellence of the European and French insect industry and its global leadership,” said Antoine Hubert, CEO of insect-based food start-up Ÿnsect.

“We hope that this positive assessment will be the first of many and that it will facilitate approvals by reassuring the European and non-EU authorities of the trustworthiness of our industry,” he added.