The online supermarket has warned of an increase in substitutions and potential price hikes as COVID-19 and Brexit combine to put food retailers under pressure. 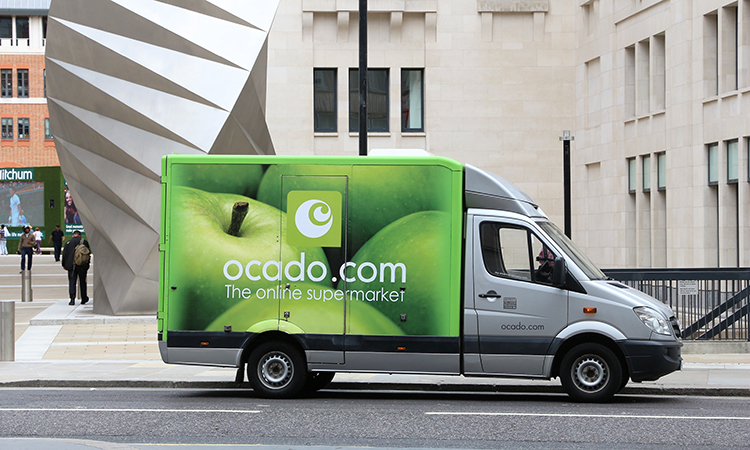 Online supermarket Ocado has warned customers that certain products may be in short supply over the coming weeks, as more and more of its workforce is forced to self-isolate.

Ocado, which recently launched a partnership with UK supermarket Marks and Spencer last year, has reduced the amount of product lines it is running on its website as a result of the circumstances brought about by the vicious new wave of the COVID-19 pandemic.

“Staff absences across the supply chain may lead to an increase in product substitutions for a small number of customers, as some suppliers consolidate their offering to maintain output,” a spokesperson from Ocado told the BBC.

Ocado, like most other online food delivery services, often substitute an unavailable item with a similar product. Of course, you don’t have to accept the substitution, but Ocado makes it clear on its website that you cannot return any substitutions to your driver that you have touched due to the risk of infection.

Demand for food deliveries has massively increased since the UK was plunged into lockdown in March last year and last week’s announcement of a third lockdown in England saw demand soar even higher. The virtual queues on websites of the UK’s major supermarkets made a comeback just hours after PM Boris Johnson addressed the nation on 5 January 2021.

“We apologise for any inconvenience caused and we are working hard to mitigate any impact,” Ocado told its customers. It has, however, reaffirmed that there is plenty of food still available.

Some customers were not satisfied by the apology though, and took to Twitter to vent their frustrations.

Nope i’m a ‘regular’ Ocado user and I’ve had items missing and not replaced, and slots are hard to go by… it’s tricky no matter who you use AND expensive.

hate the substitutions why not take the stuff that’s not available off the website @Ocado !????? https://t.co/XxFHLCGTYE

The food industry, like so many others in the UK and around the world, has found itself under immense stress in the current circumstances, as staff are forced to self-isolate more and more.

The British Meat Processors Association (BMPA) has even called on the UK government to add workers in meat factories on the priority lists for the COVID-19 vaccine.

The COVID-19 pandemic might be a huge problem, but it isn’t the only one the food industry is facing right now. Coupled with the deteriorating health situation, retailers and suppliers are battling with new paperwork brought in now that the UK has left the EU.

Supermarkets are struggling to keep shelves stocked with certain foodstuffs, with fresh fruit and vegetables seeming to be a particular challenge for retailers. According to the Daily Mail, Road Haulage Association’s chairman Rod McKenzie said: “Drivers are being turned back for a variety of reasons, including not having a valid Covid test. At the same time, they are being told the paperwork has not been done satisfactorily.

“The French have had a relatively light touch on enforcement so far, but they won’t from Monday.”

Lord Rose, former chairman of Marks and Spencer and Ocado, has also warned that any extra costs incurred by retailers will be passed onto consumers eventually. The former chairman of the Remain campaign told BBC Radio 4’s Today programme: “You can’t interfere with a finely honed, 50-year legacy supply chain and expect it to all run smoothly on day one.

He did, however, add that despite shortages of certain goods, “there is not going to be a famine. Food will continue to come in…”