Project leader, Curtis Pozniak, compares the findings to locating a missing piece of your favourite puzzle, and hopes this will transform the way wheat is grown globally. 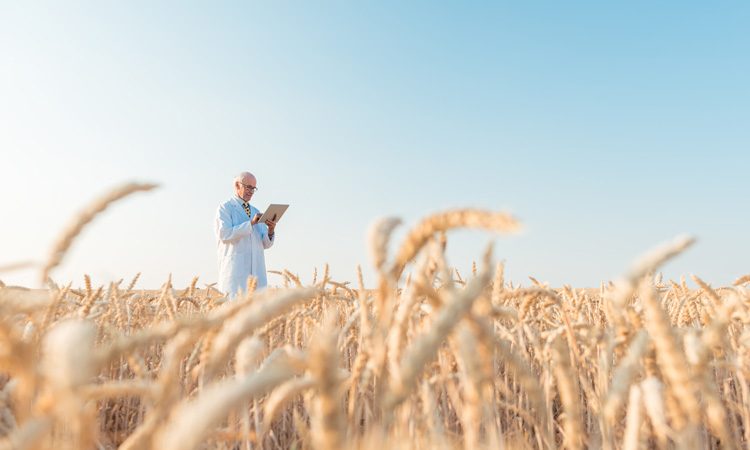 Scientists believe the genome sequencing will lead to higher wheat yields around the world.

An international team led by the University of Saskatchewan (USask) has sequenced the genomes for 15 wheat varieties representing breeding programmes around the world.

This landmark discovery will enable scientists and breeders to identify influential genes for improved yield, pest resistance and other important crop traits much more quickly.

The research results, published in Nature, provide what the research team has called the most comprehensive atlas of wheat genome sequences ever reported. The 10+ Genome Project collaboration involved more than 95 scientists from universities and institutes across Canada, Switzerland, Germany, Japan, the UK, Saudi Arabia, Mexico, Israel, Australia and the US.

“It’s like finding the missing pieces for your favourite puzzle that you have been working on for decades,” said project leader Curtis Pozniak, wheat breeder and director of the USask Crop Development Centre (CDC). “By having many complete gene assemblies available, we can now help solve the huge puzzle that is the massive wheat pan-genome and usher in a new era for wheat discovery and breeding.”

Scientific groups across the global wheat community are expected to use the new resource to identify genes linked to in-demand traits, such as pest and diseases resistance, which will accelerate breeding efficiency.

“This resource enables us to more precisely control breeding to increase the rate of wheat improvement for the benefit of farmers and consumers, and meet future food demands,” Pozniak added.

As one of the world’s most cultivated cereal crops, wheat plays an important role in global food security, providing about 20 percent of human caloric intake globally. The university says it’s estimated that wheat production must increase by more than 50 percent by 2050 to meet an increasing global demand – knowing which wheat genomes ‘best perform’ could be crucial in delivering this target.

The researchers explain that they were able to track the unique DNA signatures of genetic material incorporated into modern cultivars from several of wheat’s undomesticated relatives by breeders over the last century.1

“These wheat relatives have been used by breeders to improve disease resistance and stress resistance of wheat,” said Pozniak. “One of these relatives contributed a DNA segment to modern wheat that contains disease-resistant genes and provides protection against a number of fungal diseases. Our collaborators from Kansas State University and the International Maize and Wheat Improvement Center (CIMMYT) in Mexico, showed that this segment can improve yields by as much as 10 percent. Since breeding is a continual improvement process, we can continue to cross plants to select for this valuable trait.”

Pozniak’s team, in collaboration with scientists from Agriculture and Agri-Food Canada, and National Research Council of Canada, also used the genome sequences to isolate an insect-resistant gene (Sm1). This gene enables wheat plants to withstand the orange wheat blossom midge, a pest which can cause more than $60 million in annual losses to Western Canadian producers.1

“Understanding a causal gene like this is a game-changer for breeding because you can select for pest resistance more efficiently by using a simple DNA test than by manual field testing,” Pozniak concluded.