Will probiotics replace antibiotics in US chickens?

The use of phytochemicals and probiotics in poultry are being trialled in the US as alternatives to antibiotics to promote healthy animals. 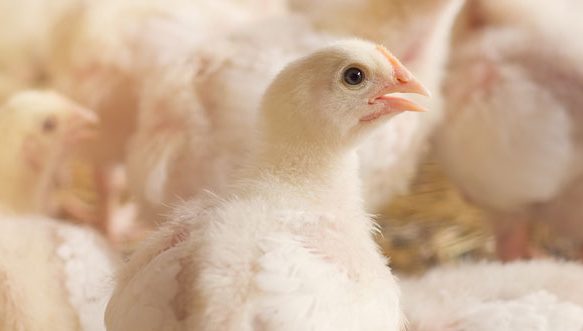 Consumers have been calling for a halt to systematic antibiotic use in meat and poultry farming, which farmers have aimed to comply with. However, Federal regulations have since banned the practice of using antibiotics as growth promoters, necessitating their effective replacement with alternative means of health promotion.

Extensive Government funds have been allocated for this research, investigating various alternative more natural means of controlling disease in broiler chickens, as well as assessing the effects of alternative feed ingredients, like insect meal, on meat quality.

Previous research at the Center of Excellence for Poultry Science at the University of Arkansas has shown that probiotics are effective alternatives to antibiotics. They suppress pathogens and help to maintain bird health. The phytochemicals are plant compounds like thymol and carvacrol from oregano, trans-cinnamaldehyde from the bark of cinnamon, and eugenol from clove oil.

As part of the project, Arsi said she will coordinate with USDA ARS scientists and local farmers to conduct bird studies to test the effectiveness and practical use of alternative feed ingredients, like insect meal, on broiler performance and meat quality. The findings from these studies will provide new sources of poultry feed ingredients that are economically viable and suitable for sustainable poultry production.

Overcoming the effects of heat stress

One of the most challenging issues to address in antibiotic-restricted poultry health is heat stress, said Sami Dridi, professor of avian endocrinology and molecular genetics for the Division of Agriculture at the University of Arkansas.

“Chickens have no sweat glands, and modern broiler chickens have high metabolic activity,” Dridi said. “They are very susceptible to heat stress, and heat stress is devastating to poultry production sustainability worldwide because of its adverse effects on growth, health, well-being and mortality. The US poultry industry loses millions of dollars each year due to heat stress.”

Two strategies to help combat this are being investigated by the team; they are nutrition and thermal conditioning.

The nutritional aspect is again trialling the use of probiotics and phytogenic compounds, aimed at improving overall gut health in the birds, thus preventing a common ailment in heat-stressed chickens known as ‘leaky gut’.

Thermal conditioning, however, entails exposing the birds to elevated temperatures several days after they are born, to ‘train’ their bodies to become used to such stress and manage it as they mature.

The team will be evaluating the responses from both techniques against a control group using a new, less invasive technique that analyses the levels of heat-shock protein in feathers. “Taking a feather sample is quick, convenient, not invasive, and does not require prolonged restraint and associated stress,” Dridi said. “And it allows for ease of monitoring the same animal over time.”

“The poultry industry is at the forefront of research and development aimed at sustainable production practices,” Donoghue added. “We expect this project will continue the tradition of providing the industry with impactful tools to improve bird health, human food safety and environmental stewardship.”

Center of Excellence for Poultry Science, University of Arkansas

Center of Excellence for Poultry Science, University of Arkansas