Scientists in Nairobi have discovered a new set of genetic markers in African cattle that signal beneficial characteristics, with a view to harnessing them for future generations. 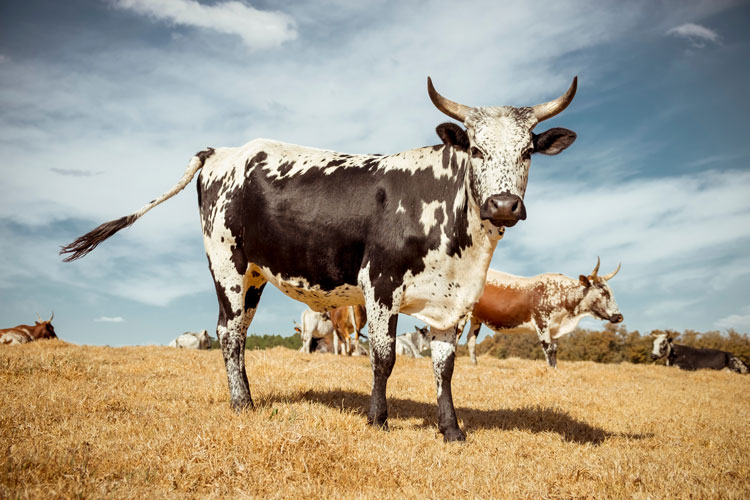 In a multi-national collaborative effort, scientists have announced the discovery of a new set of detailed genetic markers in African cattle that are associated with valuable traits, such as heat and drought tolerance, the capacity to control inflammation and tick infestations, and resistance to devastating livestock diseases like trypanosomiasis. The research, wherein scientists sequenced the genomes of 172 indigenous cattle, aimed to discover the evolution pattern of African livestock, which have thrived in various sub-regions of Africa over the last thousand years.

Commenting on their aspirations for applying this new knowledge, Olivier Hanotte, Principal Scientist at ILRI, Professor of Genetics at the University of Nottingham and Programme Leader at CTLGH, who led the work at ILRI, said: “We believe these insights can be used to breed a new generation of African cattle that have some of the qualities of European and American livestock – which produce more milk and meat per animal – but with the rich mosaic of traits that make African cattle more resilient and sustainable”.

Hanotte and his colleagues described a sort of “genomic time travel” that enabled them to retrace the genetic journey that has made African cattle so adaptable. Steve Kemp, Head of ILRI’s LiveGene program and Deputy Director of CTLGH, described an “evolutionary jolt” that occurred 750 to 1050 years ago, explained by the arrival of Asian cattle breeds in East Africa with traits catering well to survival on African terrain.

They discovered, via genome sequencing, how indigenous cattle were bred with the Asian breeds, with emerging animals benefitting from traits of both: the ability to endure humid climates as well as the hot dry climes of the Horn of Africa.

“Livestock – especially cattle – can be controversial, but without them, millions of people in Africa would have been forced to hunt wildlife for protein,” explained author Ally Okeyo Mwai, a principal scientist at ILRI who leads its African Dairy Genetic Gains program. “That would have been devastating for the African environment and its incredible diversity of wildlife.”

Given sustainability issues, it has become important for African cattle breeds to evolve, however, to better meet the extensive needs of households. For many – and especially the poorest families – livestock in general and cattle in particular continue to be a family’s most valuable asset, providing a critical source of protein and micronutrients alongside income to pay for things like school fees. They also provide manure for crops, and some African cattle breeds can survive in conditions that can’t support food crops, offering farmers a potential adaptation strategy for coping with climate change.

“We’re fortunate that pastoralists are such skilled breeders,” Hanotte said. “They left a valuable roadmap for efforts underway at ILRI and elsewhere to balance livestock productivity in Africa with resilience and sustainability.”

“You can see from studying the genomes of Indigenous cattle that breeding for environmental adaptation has been the key to successful livestock production in Africa,” said Kemp. “And that has to be the factored in our future efforts to develop more productive, more sustainable animals. If the goal is pure productivity, you’re doomed to fail.”

These research findings were published in the October issue of Nature Genetics.