A peer-reviewed report has revealed that large quantities of head and up to one-fifth of Brazil’s surging soy exports to the European Union are tainted by illegal deforestation. 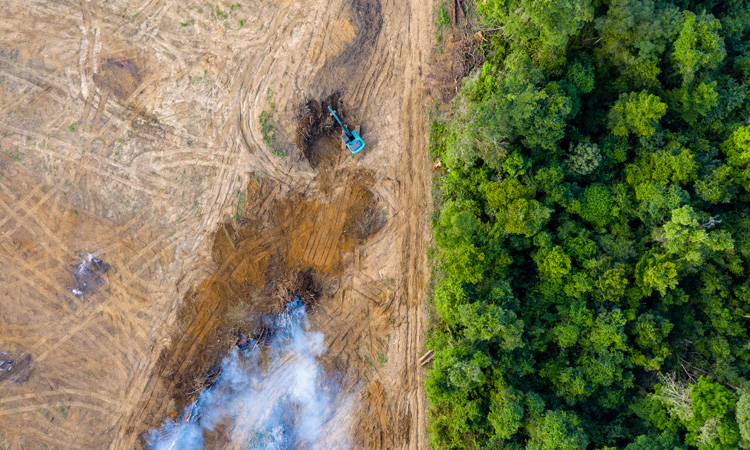 Following reports that Brazil’s current deforestation rate is the highest in a decade, a peer-reviewed study has found that that 18-22 percent, and possibly more, of Brazil’s annual exports to the European Union (EU) are potentially contaminated with illegal deforestation, while identifying the specific producers of soy in Brazil responsible for “poisoning the barrel.”

Unveiling these “bad apples” among soy and beef producers, but also revealing that a vast majority – some 80 percent of the country’s farmers – abide by the Forest Code law, the study suggested that deforestation-free Brazilian agricultural production is within reach, if leaders act.

“Until now, agribusiness and the Brazilian Government have claimed that they cannot monitor the entire supply chain, nor distinguish the legal from the illegal deforestation,” said Raoni Rajão, a professor at the Universidade Federal de Minas Gerais (UFMG) in Belo Horizonte, Brazil, and the lead author of The Rotten Apples of Brazil’s Agribusiness study. “Not anymore. We used freely available maps and data to reveal the specific farmers and ranchers clearing forests to produce soy and beef ultimately destined for Europe. Now, Brazil has the information it needs to take swift and decisive action against these rule-breakers to ensure that its exports are deforestation-free. Calling the situation hopeless is no longer an excuse.”

The 12 researchers from Brazil, Germany and the US who wrote the study developed software to analyse 815,000 individual rural properties in order to assess where illegal deforestation associated with soy and beef production are taking place and how much of these products are reaching the EU. The article also estimated the greenhouse gas emissions from deforestation that is linked with soy and beef exports, pointing out the shared responsibilities of international buyers.

“It’s critical for Europe to use its trade might and purchasing power to help roll back this tragic dismantling of Brazil’s environmental protection, which has implications for the global climate, local people and the country’s valued ecosystem services. With this research, policymakers in Brussels finally have the information they need to assess the extent of the problem in the Brazilian soy and beef sectors. It’s time for them to act,” said Professor Britaldo Soares-Filho, a co-author also from UFMG.

Approximately 41 percent, or 13.6 million metric tonnes, of the EU’s soy imports come from Brazil each year. Some 69 percent come from the Amazon and Cerrado regions and, according to the study, about two million tonnes of soy grown on properties with illegal deforestation may have reached EU markets annually during the period of analysis, 500,000 of which came from the Amazon.

With respect to beef, the EU imports about 189,000 metric tonnes annually. The authors found that of a total 4.1 million head – a whole animal – traded to slaughterhouses, at least 500,000 head come directly from properties that may have deforested illegally. This represents two percent of beef produced in the Amazon and 13 percent in the Cerrado. But the largest problem lies in the indirect cattle suppliers that provide steers to fattening operations and are not being monitored by large slaughterhouses nor the Government, the researchers said. By analysing the flows of cattle between ranches, the study estimated that some 60 percent of all slaughtered head could have been potentially contaminated with illegal deforestation (44 percent in the Amazon and 66 percent in the Cerrado) at some point in the supply chain.

There are calls within the EU to reduce soy imports from Brazil; proposals have suggested importing the crop from geographically closer producers, such as the United States, or even building up production in the European Union’s borders. This approach flows from the Farm to Fork strategy for Sustainable food, a component of the European Green Deal, which aims to significantly reduce carbon emissions from food production.

The researchers argued that Brazil could develop a transparent, web-based system using public information and methods laid out in their study to track which producers are illegally clearing forests from their properties. The authors suggested that this approach would be preferable to current private systems under consideration by the EU, which would require companies to monitor themselves, or to hire third parties to do so – an approach that is costly, often lacks transparency, only encompasses few farms, and is prone to conflicts of interest. According to the researchers.