An NYU study has found that children’s fruit drinks often include misleading and confusing labelling about fruit and sugar content, and the researchers have offered recommendations to the FDA to better regulate them. 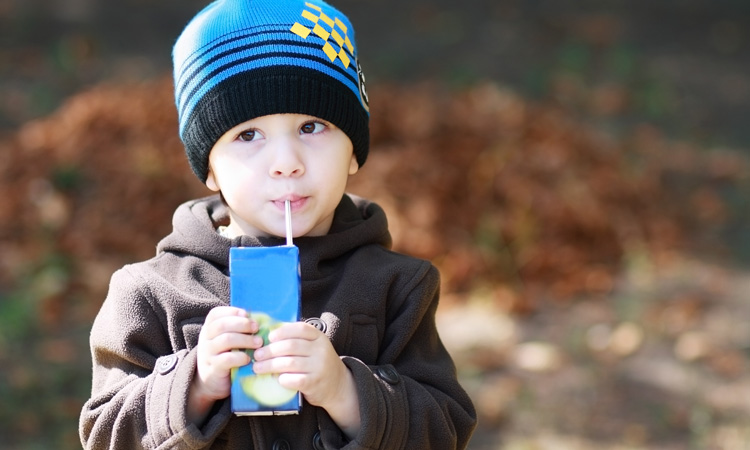 Health and nutrition experts recommend that children do not consume drinks with added sugars or non-nutritive sweeteners, yet drinks containing both represent a major portion of beverages consumed by children, noted researchers from New York University (NYU) School of Global Public Health.

One reason may be that the labels of drinks marketed to children do not help parents and other consumers differentiate among fruit juice and sugar-laden, artificially flavoured drinks, a study by the NYU researchers has suggested.

While the US Food and Drug Administration (FDA) regulates drink labels, it permits a wide range of names, claims and fruit images on packaging. For example, according to the researchers, more than 60 percent of drinks with added sugar include a positive nutrition claim about sweeteners, while more than a third of drinks with fruit pictured on the packaging do not include juice from any of the fruits shown.

The study has recommended that the FDA revises its labelling regulations to help consumers make healthier choices.

“Given the many different drinks marketed to children that contain or appear to contain juice, it is important that caregivers are able to differentiate among products and identify healthier options,” said Jennifer Pomeranz, Assistant Professor of Public Health Policy and Management at NYU School of Global Public Health and the study’s lead author.

Pomeranz and her colleague, Jennifer Harris, Senior Research Advisor, Rudd Center for Food Policy & Obesity at the University of Connecticut, examined the labels and ingredients of top-selling children’s juice drinks, including brands with at least $10 million in annual sales. To compare similar products across brands and categories, they focused on “fruit punch” flavoured drinks.

The researchers identified 39 fruit punch flavoured drinks that widely varied in the amount of juice they contained: seven contained 100 percent juice, 11 were diluted juices (juice and water), eight contained some juice (less than 100 percent but more than two percent) with added sugars or low-calorie sweeteners, eight had no or almost no juice (two percent or less) and consisted of flavouring and sugar or low-calorie sweeteners, and five called themselves water but had similar ingredients as the drinks with little or no juice.

“We identified numerous labelling practices that obscure the true nature of drinks trying to pass as juice, blurring the distinction between drinks that are acceptable for children and those containing added sugar or sweeteners,” added Pomeranz. “Nonetheless, these practices align with current FDA regulations, which allow the naming and use of fruit images that reflect the drink’s flavour, regardless of the product’s ingredients.”

The researchers recommend several changes to FDA regulations in order to help consumers make healthier choices, including standardising the names of products (juice vs. waters vs. drinks with added sweeteners), differentiating between flavours and ingredients, and prominently disclosing added sweeteners on the front of products.