Studies and campaigns have suggested more and more that moving to plant-based diets, or consuming less meat, is essential to combating the climate crisis and improving health, but scientists have stated that GM could provide another solution. 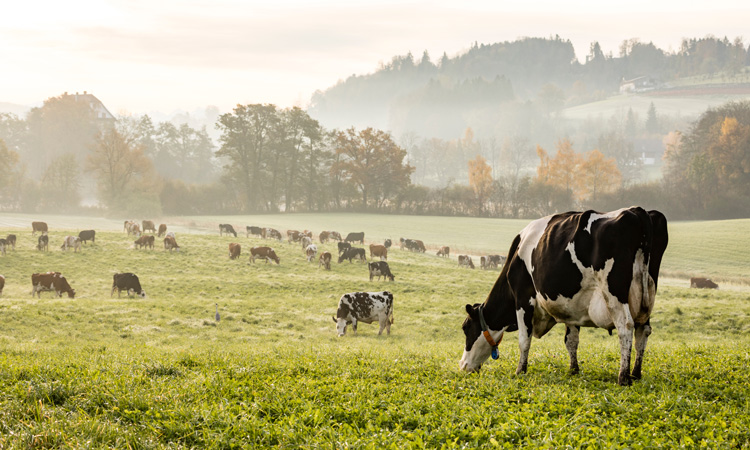 Scientists have said that gene-modifying (GM) techniques have the potential to reduce greenhouse gas emissions from livestock, helping to feed the world, according to The Guardian.

“Conventional [genetic] selection is extremely powerful,” said Mike Coffey, a Professor of livestock informatics at Scotland’s Rural College (SRU). “At this point in time, GM is not allowed in Europe, but some of these technologies could have great potential promise.”

Eileen Wall, Head of Research at SRU, said that work is being done to formulate better diets for ruminants to reduce the methane they produce without GM, but the use of GM could create a greater range of options.

Studies and campaigns have suggested that moving to plant-based diets, or consuming less meat, is essential to combating the climate crisis and promoting healthier lifestyles, but the researchers state GM has promise to provide livestock with a better diet.

According to The Guardian, Rob Percival, the Head of Policy at the Soil Association, has cast doubt on the potential climate benefits. “GM is a distraction – we already have the solutions to the climate crisis at our fingertips. The focus should be on empowering farmers to adopt more nature-friendly agroecological farming systems and shifting diets to create demand for more sustainable food,” he said.

“Instead of looking to risky and unproven technologies and chemicals as a sticking plaster, we should be tackling the root causes of these crises, putting farmers in the driving seat of sustainable innovation.”

Calculations of the harm done by eating meat are said to be usually based on US production techniques, which are considered highly intensive and involve grain-feeding. However, in other countries, livestock are more likely to graze outdoors, often using land that would not appropriate for crop production, lessening their associated emissions.

The Guardian also stated that in the UK there is more overlap between the beef and dairy industries, with more than half of beef production coming from the dairy herd, which also makes for lower emissions.