Hellmann’s to tap into vegan trend

Unilever has announced it will be launching its vegan Hellmann’s Mayonnaise in the UK, having successfully brought it to the US market in 2016. 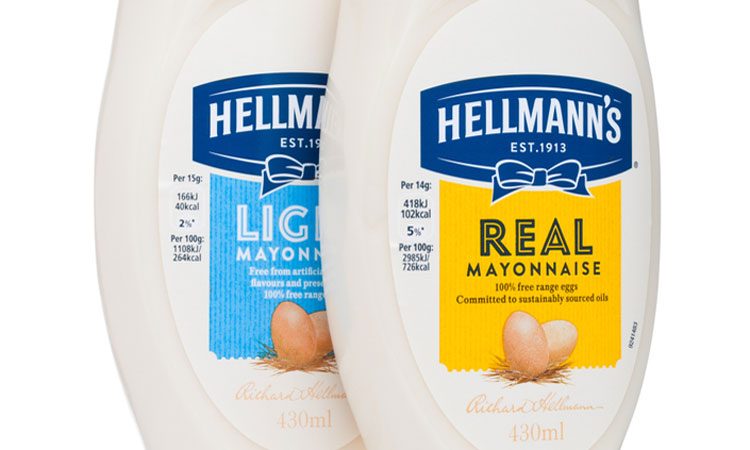 Unilever is looking to launch a vegan mayonnaise – a concept that to some sounds like a huge contradiction. The egg-free alternative, produced under its Hellmann’s label, was launched in the US in 2016, and after its success, the brand has decided to launch it in the UK.

The ‘egg’ component in the mayonnaise is replaced with maize starch, which is derived from the endosperm of the corn kernel.

For anyone in the UK with allergies to egg, or egg-based products, or for those who choose not to consume eggs, the launch from a leading player in the mayonnaise market should come as good news.

The mayonnaise is completely free from animal products, and has been certified as vegan by the European Vegetarian Union. The product is also gluten free and contains no artificial colours or flavours.

With mayonnaise traditionally made from rapeseed oil, vinegar, egg yolks, sugar, salt, lemon juice and water, the new formula was fuelled by Unilever’s aim to satisfy those now identifying as flexitarians.

A flexitarian diet is one that is also labelled ‘casual vegetarianism’, meaning followers increase their intake of plant-based foods, without completely eliminating meat.

Speaking to The Grocer magazine, Jon Walbancke, the marketing director for sauces and condiments at Unilever, said: “To continue to appeal to new shoppers, we are actively investing in key consumer triggers, which is why we are introducing a mayonnaise that taps into the vegan dietary trend.”

Hellmann’s says it has recently experienced £3.6 million of lost  sales due to the current plant-based trend across the globe. It has  added to its offering to suit both those with certain dietary requirements and those who choose to eat plant-based alternatives.

Hellmann’s mayonnaise has recently undergone a 3.8 per cent ‘slump in value’ to £92.2 million, as reported by The Grocer. Meanwhile, rival Heinz Seriously Good Mayonnaise is seeing sales soar by 15.8 per cent to £17.5 million.

The UK version of the Hellmann’s Vegan Mayo, priced at £2.15 for 270 grams, will be available in UK supermarkets from next month.