The complaints against the companies were submitted by campaign groups arguing they were publishing ads directed at children for products that were high in fat, salt or sugar. 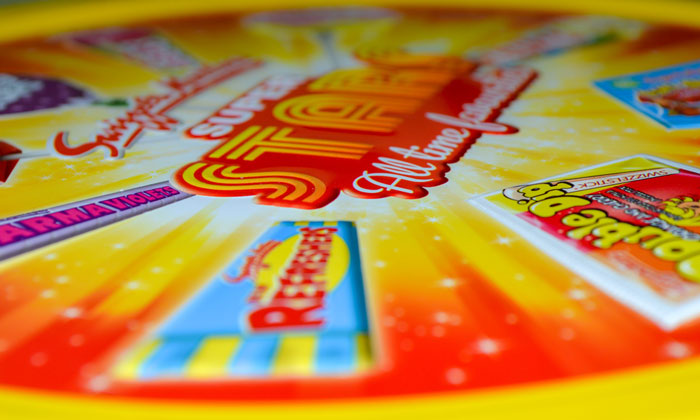 Three major confectionary companies have seen their ads banned under new rules aimed at preventing under-16s from being exposed to junk food marketing.

Swizzels Matlow, Cadbury and Cloetta were the first firms to fall foul of the Committee of Advertising Practice’s (CAP) regulations since they were introduced in July last year.

Swizzels Matlow, the manufacturer of Love Hearts, Parma Violets and Drumsticks, was referred by the Children’s Food Campaign to the Advertising Standards Authority (ASA) regarding an ‘advergame’ app called Squashies World, in which players matched pairs of Squashies, one of Swizzels other brands, by flicking them towards each other.

The Children’s Food Campaign, part of Sustain, argued that the advergame ‘was an ad for products that were high in fat, salt or sugar (HSFF) that was directed at children’.

Last year’s regulations dictated HFSS product ads must not be directed at children through the selection of media or the context in which they appeared, and that no medium should be used to advertise the products if more than 25 per cent of its audience was under the age of 16.

Though the ASA conceded though the page on the website which described the app was age-gated and not directed at children under 16 through some media, the fact consumers were directed to it through packs of Squashies and the age-gates struck it as ineffective deterrents meant it was likely much of the audience was aged under 16.

It concluded: “In that context, we considered it was incumbent on the advertiser to demonstrate to the ASA that children under 16 did not comprise more than 25 per cent of the audience.

“In the absence of any audience data demonstrating that the app had been appropriately targeted, we concluded it was in breach of the code.”

Mondelez, the owner of Cadbury, was brought to the ASA’s attention via the Obesity Health Alliance who asserted a joint promotion between Cadbury and the National Trust for Scotland advertised HFSS products to children.

The Easter promotion in question appeared on a Cadbury website, in a story book entitled The Tale of the Great Easter Bunny and an ‘activity pack’ called Eggciting Activities. Each featured a rabbit in different guises and the Cadbury brand and Easter eggs.

The website, the ASA concluded, was likely not directed at children and it was unlikely more than 25 per cent of its audience was under 16, not a breach of the code.

However the storybook and activity pack “were HFSS product ads that were directed at children through the selection of media and that they therefore were in breach of the code”.

It was ruled that these two elements of the joint promotion shouldn’t appear again.

The case against Cloetta, the makers of Chewitts, concerns four Facebook posts seemingly targeted at school-age children. One from August refers to GCSE results, another from September refers to ‘back to school day’, a third to ‘Roald Dahl Day, and the fourth from October to International School Libraries Month. Each featured “Chewie the Chewitsaurus”, a brand equity character associated specifically with Chewits.

Again, it was the Children’s Food Campaign who challenged the ads.

Cloetta argued that the the campaign was aimed at parents and young adults with the core messages and placement focused on those groups.

The ASA ruled that because Cloetta had not used any of the tools available to them to restrict the audience of the posts and to target the posts to those aged 16 or over, it had not taken reasonable steps to target the ads appropriately. The ads were therefore in breach of the code.