CAP’s decision to carry out a public consultation responds, in part, to changes in children’s media habits and evolving advertising techniques… 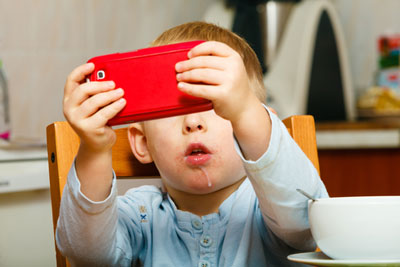 The UK’s Committee of Advertising Practice have announced that they plan to launch a public consultation on the introduction of new rules governing the non-broadcast advertising, to children, of food and soft drinks high in fat, salt or sugar. The current rules already require that food and soft drink ads must not condone poor nutritional habits or an unhealthy lifestyle in children. Promotions, celebrities and licensed characters are banned in food and soft drink ads directed at younger children, and ads must not encourage ‘pester power’. The rules are administered by the UK’s Advertising Standards Authority and apply across all non-broadcast channels including online, outdoor, print media, cinema and direct marketing.

CAP’s decision to carry out a public consultation responds, in part, to changes in children’s media habits and evolving advertising techniques. It also reflects a growing consensus, shared by public health and industry bodies, about the role of advertising self-regulation in helping to bring about a change in the nature and balance of food advertising targeted at children.

Through public consultation and against a background of concern about children’s diets, CAP has said it will ask a broad range of stakeholders whether a change of approach is now needed: an approach that would introduce for the first time in the non-broadcast code- rules dedicated to the targeting of advertising, to children, of food and soft drinks high in fat, salt or sugar.

CAP will now begin a programme of pre-consultation with key consumer, campaigning, public health and industry organisations to further inform its thinking before launching a public consultation in early 2016.