China has followed through with a two-week-old threat to impose tariffs on 128 American exports, 96 of which are food products. 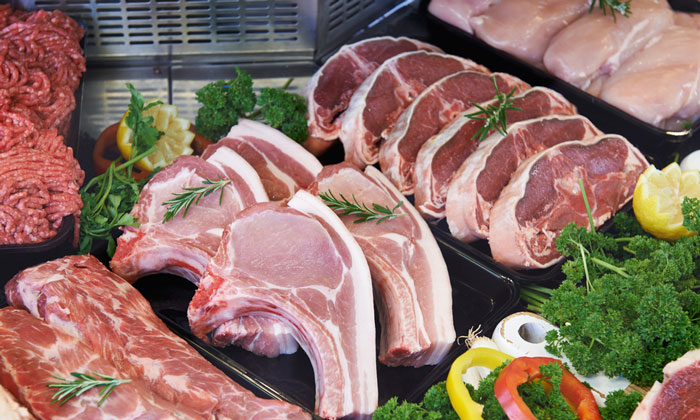 IN CHINA'S CROSS HAIRS: China is the second biggest export market by price to the American pork industry

The Chinese Government announced this morning that it had retaliated against the Trump Administration’s move to levy tariffs on steel and aluminium imports.

It is the latest step in an escalating global row started by the US Government’s decision last month, a row which has inspired also outrage and threats of retaliation from the European Union.

The measures China has taken and the list of products it would target were published two weeks ago as an incentive for the administration to stand down.

The bulk of products are food items and 61 per cent are fresh, frozen and dried fruits which have been given 15 per cent tariff, as have a number of wines and ginseng, while pork products have been handed 25 per cent. China is a lucrative export market for American pork, valued at US$578 million in 2016, the fourth biggest agricultural item traded between the two nations. Last year China was the second biggest market for US pork exports after Mexico.

US Meat Export Federation (USMEF) President and CEO Dan Halstrom: “We regret the Chinese government’s decision to impose an additional 25 per cent duty on imports of US pork and pork variety meat.

“The United States is a reliable supplier of pork products to China, and this decision will have an immediate impact on US producers and exporters, as well as our customers in China.

“We are hopeful that the additional duties can be rescinded quickly, so that US pork can again compete on a level playing field with pork from other exporting countries.

“Exports have been a key driver of growth in the US pork industry, and with nearly 27 per cent of U.S. pork production exported last year, international trade is critical to the continued success and profitability of the U.S. industry.

“With U.S. exporters facing tariff and non-tariff barriers in China and other key markets, it is especially important to expand and diversify our export destinations for US red meat.

“USMEF is working constantly to identify new and emerging markets in regions such as Central and South America, Southeast Asia and Africa, and to expand our customer base in mainstay markets such as Mexico, Japan, South Korea and Canada.”

On March 24, when the Chinese Ministry of Commerce first announced the measures, a Government spokesman said: “According to the 2017 statistics, [the list] involves US exports to China of some US$3 billion.

“The fact that the United States imposed tariffs of 25 percent and 10 percent on imported steel and aluminium products on the grounds of “national security” actually constitutes a safeguard measure.

“According to the relevant provisions of the WTO’s Agreement on Safeguard Measures, China has formulated a list of suspension of concessions.

“If China and the United States fail to reach a trade compensation agreement within the stipulated time, China will exercise the right to suspend concessions for products mentioned in the first part; China will implement the second part list after further evaluating the impact of the U.S. measures on China.

“China reserves the right to adjust measures based on actual conditions and will implement necessary procedures in accordance with relevant WTO rules.”