The British newspaper The Guardian has published a story about hygiene failings in American meat plants on the same day as the campaign group Sustain released figures showing US consumers may fall ill with food poisoning 10 time more often than their UK counterparts. 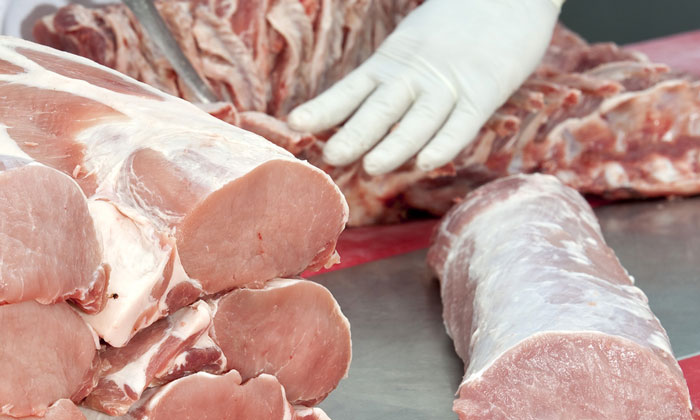 TROUBLE AHEAD: Sustain fears an increase in food poisoning cases could cost the NHS and UK economy at least £1bn extra per year

An investigation by the British newspaper The Guardian and the Bureau of Investigative Journalism has uncovered evidence of hygiene failings in plants run by some of the US’ biggest meat suppliers.

The paper alleges to have seen previously unpublished US-Government records that show diseased and condemned chicken had been found in containers used for edible food, meat intended for consumption was found to contain faecal matter and pus-filled abscesses, and dirty chicken was being put back on production line after a chlorine wash.

The companies involved, which included Pilgrims Pride and Swift Pork, told the Guardian that all of the failings had been dealt with immediately once flagged up and none had posed a risk to consumers.

The documents refer to 47 meat plants in the USA – less than one per cent of the total number of plants regularly inspected by the Food Safety and Inspection Service (FSIS).

Sustain, a food and farming alliance, yesterday published new analysis of food poisoning in the US. It said that its figures suggested that the percentage of people who fall ill with food poisoning annually is ten times higher in the US than the UK.

The campaign group, which advocates food and agriculture policies and practices that enhance the health and welfare of people and animals, used this as further evidence against a post-Brexit US-UK trade deal, saying that treating increased food poisoning could increase deaths from food poisoning and cost the NHS and UK economy at least £1bn extra per year.

Investigators examined the food safety records of the United States, as the Government has already set up working groups with them to discuss a possible future deal.

Using Food Standards Agency estimates of the current costs of campylobacter infections, Sustain made a conservative estimate of £1bn additional costs to the UK economy – to the NHS and from loss of earnings – if similar patterns of food poisoning occurred in the UK as currently occur in the US.

Kath Dalmeny, CEO of Sustain, said: “Our analysis shows that if we accept imported meat without robust standards, we may also import increased food poisoning and possibly even deaths.

“The US is demanding we drop our food standards for trade, but our research shows cheap US meat will come at a cost to our health and economy.

“New UK trade deals must support hygienic farming methods and good animal welfare. It is absolutely unacceptable that trade decisions will be made behind closed doors by UK Trade Secretary Liam Fox and trade negotiators – without consulting the public, food safety scientists and Parliament.

“We need to know for sure that Dr Fox’s team are not trading away our safety. There needs to be proper public and scientific scrutiny of all negotiations that affect what we eat.”

Katherine Button, who coordinates the Campaign for Better Hospital Food, added: “It seems likely that cheaper and lower-standard imported meat would end up in mass catering such as for hospital patients. When budgets are squeezed, especially in the NHS, we often see food quality suffer.

“Yet vulnerable hospital patients are the very people who should be served delicious and nutritious food that is absolutely safe to eat; not exposed to meat, dairy products and eggs carrying a higher risk of food poisoning. Maintaining and improving food standards must be an absolute priority for trade negotiators. And they need to know we’re watching.”

Sustain, The Bureau of Investigative Journalism, The Guardian

Sustain, The Bureau of Investigative Journalism, The Guardian