An investigation has uncovered how food fraud, a criminal industry worth CAD$52 billion worldwide, is affecting seafood in the Canadian capital. 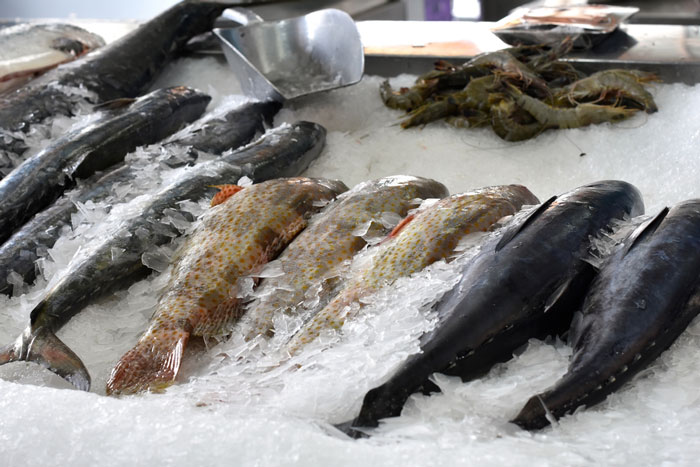 FISHY BUSINESS: Food fraud is allegedly worth more than the heroin trade

Canada’s seafood industry was rocked by controversy last week when a report discovered nearly half of the fish on sale in the capital Ottawa was mislabelled.

Oceana Canada, a campaign group focused on conservation in the North American nation’s seas, published Mystery Fish: Seafood Fraud in Canada and How to Stop It, showing 45 out of 98 samples tested were mislabelled.

More than a third were considered species substitution, since the name on the menu or label did not match the type of fish being sold.

Seafood fraud, which is any activity that misrepresents the product being purchased, is a long-standing global problem. An increasing amount of seafood is being shipped to Canada from overseas, with estimates suggesting that up to 80 per cent of what is consumed in Canada may be imported. This seafood follows a complex path from a fishing vessel to our plate, with a risk of fraud and mislabelling at each step along the way.

Food fraud is big business, according to Dr. Sylvain Charlebois, Professor in Food Distribution and Policy, Dalhousie University. “Food fraud represents a $52-billion problem worldwide and is allegedly worth more than the heroin trade and firearms trafficking combined.”

Over the last decade, numerous studies have exposed seafood fraud around the world. Studies in Canada have found up to 41 per cent of the samples collected from grocery stores and restaurants were mislabelled. Until now, no such study had been conducted in Ottawa.

To better understand the extent of seafood fraud in the nation’s capital, Oceana Canada tested restaurants and grocery stores in Ottawa based on their popularity, including among politicians and decision-makers, and their proximity to Parliament Hill, government offices and media headquarters.

“As a chef, nothing is more important to me than the ingredients I use, which makes seafood fraud a real concern. I should be able to tell my guests what they are eating as well as where, when and how it was caught,” said Chef Michael Smith.

Oceana Canada is calling on the Canadian Food Inspection Agency to make combating food fraud a priority and to ensure all fish sold in Canada is safe, legally caught and honestly labelled. With more than 900 different species from all over the world sold in Canada, it’s impossible for Canadian consumers to know exactly what fish they’re buying. In fact, according to a 2017 Oceana Canada-commissioned Abacus Data research poll, almost half of Canadians (47 per cent) do not feel they have enough information about the fish they purchase from stores or restaurants. When shown photos of common types of fish, most Canadians could not correctly identify them.

“Canada does not have a system of documenting and tracing seafood from the boat to our plate. Canadian scientists pioneered the DNA barcoding technology used to identify seafood, yet we lag behind other nations and key trading partners, including those in the European Union, which have implemented robust and successful traceability standards. The United States has also taken important first steps in regards to traceability which surpass Canadian regulations,” says Laughren. “Full boat-to-plate traceability, paired with comprehensive labelling, can help our oceans, our wallets and our health, while restoring consumer confidence.”

As part of its efforts to combat seafood fraud in Canada, Oceana Canada will be conducting independent seafood testing in restaurants and grocery stores across Canada to better understand the extent of the problem nationally.

To access Oceana Canada’s full report and the results of its Ottawa seafood testing, visit www.oceana.ca/StopSeafoodFraud.