International food and drink group Princes completes its £60 million site investment and opens its doors with a visit from Wales’ Rural Affairs Minister. 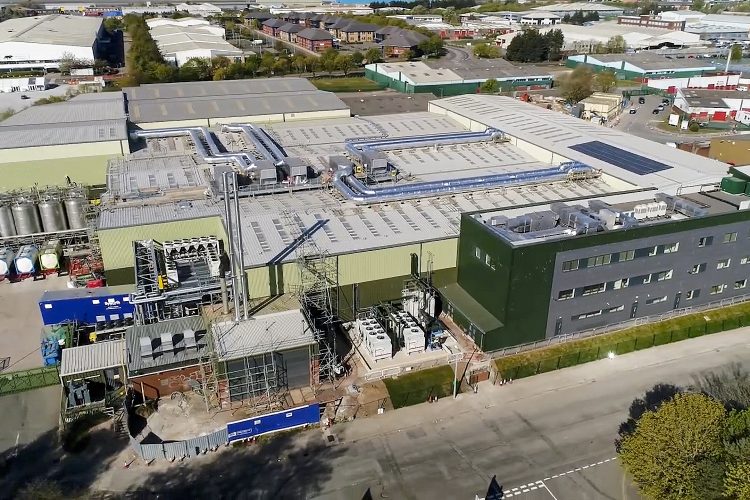 “We have a vision here in Wales to see our Food and Drink manufacturing sector turnover grow to at least £8.5 billion by 2025, and developments such as this in Cardiff will be important in helping us realise the aim.”

The investment of £60 million was part of a programme that has been used to install seven novel soft drink production lines, as well as to upgrade and refurbish two existing lines.

Princes has also said that the investment programme has strengthened the site’s warehousing and logistical capabilities, as well as allowing for a new Ingredient Processing Centre to be built and commissioned.

During her visit, Griffiths met with Ian Davies, Princes Cardiff Head of Operations, who gave her a tour of the faculty.

“The support of the Welsh government has been fantastic and they are a great partner for all of us at Cardiff,” said Davies.

“The investment has significantly boosted our production capabilities and capacity, enabling entry into new categories as part of our ongoing innovation strategy.”

Princes has said that the project has enabled the production of ambient, mini and chilled drinks, something that the food and drink group claims has doubled its overall production capacity whilst simultaneously creating 130 jobs.

What’s more, the investment has allowed for the expansion of Princes’ product range into new market. Earlier in 2022, the international food and drink group entered the ‘low and no alcohol’ category with its ‘Skinny Mixers’ which it has said was a move to meet increasing consumer demand for alcohol alternatives.

With sustainability in mind, Davies noted: “We have also introduced new pack sizes and formats to meet customer demand, and reduced Princes’ carbon footprint through increased efficiencies and the use of more environmentally-friendly carton materials.

“These changes have meant we are on track to significantly reduce waste juice at the site by over 2,000 tonnes and with food waste being a major contributor to climate change, this is an important part of our overall environmental progress.”