Arla has earmarked up to three eurocent per kilo of milk for farmer’s sustainability activities to reach the 2030 emission reduction target on farms. 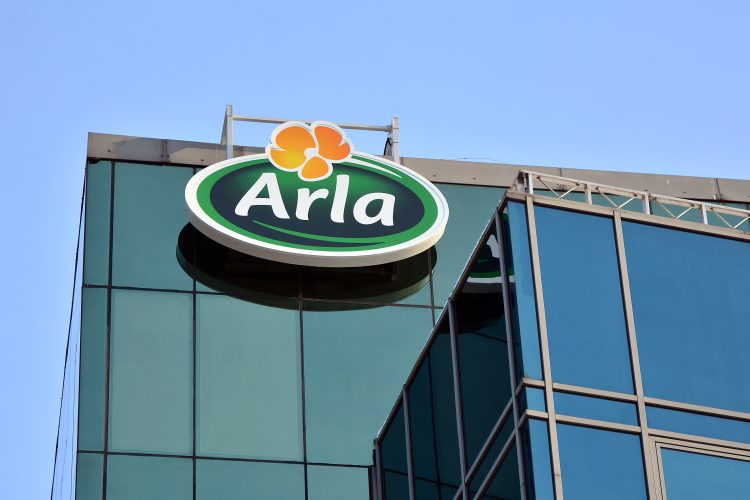 Arla Foods has set aside up to three eurocent per kilo of milk as part of a sustainability incentive to its farmers to motivate them to reach its 2030 emission reduction target on farms.

To incentivise farmers to implement sustainable practices, from next year the milk price that individual Arla farmers will receive from the dairy cooperative will depend on their activities relating to environmental sustainability.

This is part of Arla Foods’ scope three target to reduce GHG emissions 30 percent per tonne of standardised raw milk and whey by 2030. Also in a drive for sustainability, Arla is on a mission to reach zero carbon emissions by 2050.

“We are introducing an advanced and ambitious sustainability incentive, which is a fundamental change to our milk price model,” said Jan Toft Nørgaard, Arla’s Chairman.

“The support from our members, even in a time of great uncertainty, is a testament to our commitment to be at the forefront of progressive dairy farming and set the standard for how to push our whole sector forward.”

The new point-based Sustainability Incentive model builds on data from the Climate Check. With the Board of Directors offering three eurocent per kilo of milk annually, there is hope that there will be environmental improvements on 19 levers.

In the first full year, at least €270 million is expected to be distributed through the monthly milk price based on the activities of farmers on the 19 levers in the model.

Two years ago, Arla implemented a Climate Check on 8,000 farms across seven European countries which provided one eurocent for submitting Climate Check data. The three-eurocent policy comes on top of the one eurocent that farmers already receive.

Based on Arla’s current owner milk volume, the four eurocents per kilo of milk amounts to an annual €500 million that Arla’s Board of Directors are willing to take from Arla’s milk price and re-distribute to the farmers based on their individual points in the Sustainability Incentive model. With the current milk price, this corresponds to approximately seven percent of the value.

How does the model work?

The model operates on a points-based system, whereby farmers can collect points based on the model’s 19 separate levers. These levels include feed, protein and fertiliser efficiency, manure delivery to biogas, biodiversity, carbon farming and use of renewable electricity, and deforestation free soy.

From the start of 2023, 80 points will be available and a further 20 points for new levers are expected to be built into the model within the next few years, bringing the per kilo of milk total to 100.

0.03 eurocent will be received per point achieved by farmers. However, activities that have a greater improvement potential for climate and nature will lead to the most points, thus generating a bigger financial incentive.

For an average Arla farmer with an average annual milk production of 1,2 million kg, it means that approximately €26,000 of the milk price is achieved based on his or her activities related to environmental sustainability. However, this pay-out could increase even from year one as some farmers are expected to acquire as many points as possible from the start.

Although farmers voluntarily decide whether they want to be part of the incentive scheme, 95 percent of farmers, representing 99 percent of Arla’s owner milk pool, have already registered their data in the 2022 Climate Check. Thus, for these farmers, points can automatically be calculated and rewarded under the new scheme.

The first incentive payment will be given as part of the monthly milk price in August 2023 and will be based on milk delivered in July.