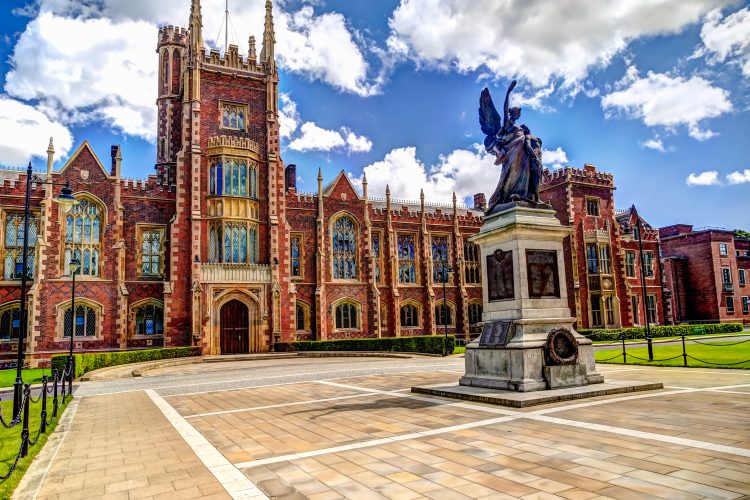 Queen’s University and food company Finnebrogue Artisan have launched a new post-graduate scholarship in memory of Denis Lynn, the founder of Finnebrogue.

The Denis Lynn Scholarship for Sustainable Food Innovation is a bursary of £20,000 towards tuition fees and living expenses for a student on the Advanced Food Safety Masters degree, within the School of Biological Sciences and Institute for Global Food Security (IGFS), at Queen’s University Belfast.

The award will also include an internship at Finnebrogue Artisan in County Down; one at the international non-profit organisation Foundation Earth; and a third placement at an internationally renowned food producer.

The fund was established in memory of Denis Lynn, who founded Finnebrogue – one of Northern Ireland’s most successful food companies – and later, Foundation Earth. He died last year.

There will be one Denis Lynn scholar at Queen’s annually and that student will have the opportunity to secure a job with the Co Down food company, subject to successfully completing their MSc.

Announcing the fund, Christine Lynn, Denis’s wife and a Finnebrogue Director said: “Denis was a visionary who worked tirelessly in his personal life and work life to deliver positive change for the planet and people. It is our hope that this scholarship will support others with the same ambition.

“Denis wanted to build a more sustainable food industry and what better way to honour his memory than through continued research and development in this field.”

Denis Lynn made his name farming deer on the Finnebrogue estate, outside Downpatrick, and supplying venison to high-end restaurants and retail outlets throughout the UK and Ireland.

In 2017, Finnebrogue made headlines with its Naked Bacon range, processed without nitrites, which sells in most UK supermarkets. It has since expanded to include sausages, ham and other lines. Some of the scientific research behind the initiative – linking nitrites in processed meat with a higher incidence of cancer – was carried out at IGFS.

More recently, Lynn was the brainchild behind Foundation Earth, a non-profit, international organisation intended to reduce the environmental impact of the global food and drink industry. It certifies the sustainability credentials of products from participating businesses and displays an ‘Eco Impact’ rating on the front of the food packaging. Foundation Earth hopes to drive more environmentally aware behaviour in consumers, food manufacturers and retailers.

Professor Chris Elliott OBE, Founder of IGFS at Queen’s and Chair of the Scientific Advisory Committee at Foundation Earth said the scholarship was a fitting way to honour the memory of Denis Lynn.

“Denis was one of the most innovative food producers that I have ever known. He didn’t just care about food – he cared deeply about the environment and was always trying to change how food is farmed and processed to improve planetary, as well as human, health.

“I believe the Foundation Earth labelling scheme will allow consumers to make much more informed choices about the carbon footprint of food we are buying – this is something consumers very much want to know.

“We still have a long way to go, but through initiatives like this scholarship, we move closer to a food system that works in harmony with nature and fully respects our planet. We are delighted here at IGFS and Queen’s to be part of such a scheme and extend our thanks to Finnebrogue and the Lynn family for their generosity and support for students.”