How prevalent is food insecurity among migrants?

For a long time it has been difficult to ascertain the levels of food insecurity among migrants, and one group of researchers has highlighted the scale of the problem. 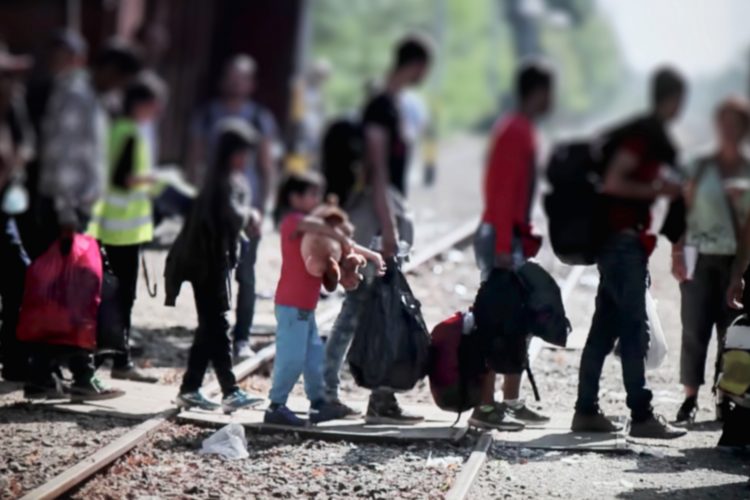 Food insecurity is an issue among migrants - but how big an issue?

Migration is on the rise around the world, and migrants are often at their most vulnerable when they are in active transit. During this time, they face numerous challenges to their physical and mental wellbeing, not least of all, food insecurity. Yet, the prevalence and severity of food insecurity among migrants on the move are largely undocumented, according to a new publication led by an epidemiologist at Columbia University Mailman School of Public Health.

Food security monitoring is critical to ensuring the universal right to food for migrants, according to the multinational group of authors who hail from academic, UN, and community-based organisations. The article appears in the Journal of Immigrant and Minority Health.

Although food insecurity is widely recognised as both a driver and a consequence of migration, evidence of its occurrence when people are ‘on the move’ is, according to the research team, largely anecdotal.

Documentation of its prevalence and severity during these journeys is surprisingly absent from scientific literature, says corresponding and co-first author Manuela Orjuela-Grimm, MD, associate professor of epidemiology at Columbia Mailman School, who led the effort along with co-first-authors Caroline Deschak, MPH, and Alondra Aragón Gama, MPH.

In general, existing research on migrant food insecurity has focused on the periods before or after the migration process, but not during the actual movement phase. Studies that have directly documented food insecurity in migrants on the move have focused on international migrants transiting Mexico towards the US. One study by Stoessle et al reported that 55 percent of these migrants experienced diminished food intake; another more recent study by Aragon el al found that 74 percent of these individuals reported eating fewer than two meals per day, with 20 percent reporting two or more consecutive days without eating.

One challenge for researchers is the lack of a standard definition of migrants in active mobility. The new article proposes a definition of migrants in active mobility as those who are in transit through a region, which is neither their origin nor planned destination, with periods of temporary settlement not longer than that necessary to satisfy basic needs.

During migration, lack of access to financial resources, employment, health care, and social networks all may contribute to food insecurity. Weather conditions, geography, and transportation also plays a role, such as overcrowding in a boat on the Mediterranean Sea, tropical rain forest conditions in the Darien gap, or isolation in a desert of northern Mexico. Clandestine or irregular travel and the threat of organised or petty crime, as well as risks of human trafficking, kidnapping, and sexual violence likely exacerbate food insecurity.

The researchers say documenting food insecurity is critical to informing policy and strategies to promote the universal rights to health and an adequate standard of living. To address the current knowledge gap, the authors recommend interdisciplinary and multisectoral actions including the establishment of uniform measures to assess food insecurity during mobility, the implementation of these to estimate the prevalence and degree of food insecurity during this unique transition period within the migration process, and the application of knowledge gained to inform strategies guaranteeing the right to food access.