The FDF’s Q1 Trade Snapshot has revealed a significant decline in EU export and imports, with exports falling by £2 billion compared to the same period in 2019. 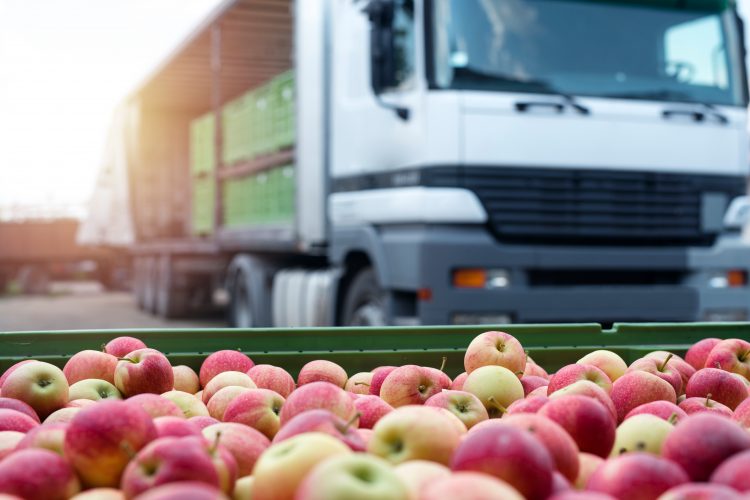 Exports of food and drink to non-EU markets topped sales to the EU in the first quarter of 2021, with EU sales falling 47 percent compared with Q1 2020, as a result of the on-going impacts of Covid-19 and changes in the UK’s trading relationships. That’s according to the Food and Drink Federation (FDF), who released its trade snapshot for Q1 today.

Sales to non-EU nations accounted for 55 percent of all UK food and drink exports according to the FDF, with exports to the EU having fallen by £2 billion compared with Q1 2019. Exports to nearly all EU Member States fell significantly. In Q1 2021, sales to the Republic of Ireland were down by more than two thirds, while sales to Germany, Spain and Italy declined by more than half since Q1 2020.

The snapshot revealed all of the UK’s top 10 products exported to the EU fell significantly in value from 2019 to 2021, with whisky dropping 32.3 percent, chocolate 36.9 percent and lamb and mutton 14.3 percent. Dairy products have been most severely impacted. Compared to 2020, exports of milk and cream to the EU have fallen by more than 90 percent, and exports of cheese by two thirds in the same time period.

There has also been a return to strong growth in exports to East Asia, where the FDF says there is high demand for quality UK food and drink. In Q1 2021, exports to China (+28.2 percent), Hong Kong (+3.7 percent), Japan (+6.2 percent) and South Korea (+18.5 percent) were all above the levels seen in Q1 2020, when the Covid-19 pandemic triggered the early closure of hospitality sectors. The UK’s top three non-EU markets, US (11 percent), China (five percent) and Singapore (three percent), now account for 19 percent of the UK’s total exports, a figure of £713m.

UK imports from the EU were also down 10 percent, driven by a number of factors including the continued closure of the UK’s hospitality sector, stockpiling in late 2020, reduced demand for ingredients as a result of the decline in exports to the EU, and import substitution. The Federations claims this fall is set to increase when full checks are implemented at UK borders in 2022. Of the UK’s top 10 products imported from the EU from 2019 to 2021, vegetables dropped 13.9 percent, wine 20 percent, and fruit 15.7 percent. Products of animal original were also heavily impacted, with large falls in imports of EU pork, cheese, chicken and beef.

“The loss of £2bn of exports to the EU is a disaster for our industry, and is a very clear indication of the scale of losses that UK manufacturers face in the longer-term due to new trade barriers with the EU,” said Dominic Goudie, Head of International Trade, the FDF.

“We set out a plan to mitigate these impacts by boosting support for exporters, and this was backed by the Trade and Agriculture Commission. The Government must stop prevaricating and get behind these proposals to help exporters that have been shut out of trading with the EU.”

“Whilst some of this large drop can be put down to end of year stockpiling, significant business has been lost as a direct result of the additional bureaucracy, customs delays and costs of trading with the EU,” added John Whitehead, Food & Drink Exporters Association (FDEA).

“Experienced FDEA members are continuing to battle against inconsistent interpretations of regulations across the EU and having to weigh up whether the time and cost involved is sustainable. We fully support the FDF in pressing Government to boost support for exporters.”