The trade deal has been welcomed by the Scotch Whisky Association, but the NFU has its doubts over whether the pact can uphold UK animal welfare standards sufficiently. 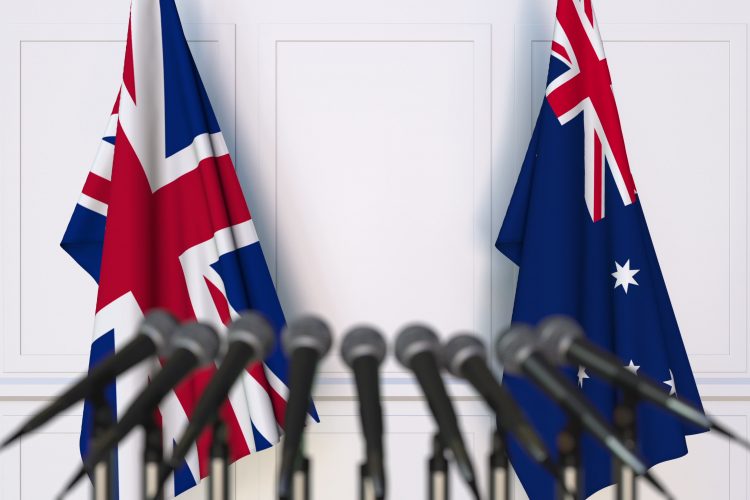 A new trade deal has been agreed between the UK and Australia which will make it easier for products such as Scotch Whisky to be sold in Australia. On the flip side, it will also grant Australian farmers access to the UK’s lucrative food market, and there are concerns that British farmers will be undercut by Australian farmers, who can often produce meat at a lower cost and with differing standards on things like hormone growth promoters and pesticides.

Prime Minister Boris Johnson said in a statement that the trade agreement “opens fantastic opportunities for British businesses and consumers, as well as young people wanting the chance to work and live on the other side of the world.”

The deal was also praised by Karen Betts, Chief Executive of the Scotch Whisky Association (SWA). “It’s very good to see the removal of the five percent tariff on Scotch Whisky in the Agreement in Principle between the UK and Australia,” she said.

“This will help Scotch Whisky distillers continue to expand exports to Australia, which have almost doubled over the last decade, making Australia our eight largest market by value.  It’s also important to us that trade with Australia is now tariff-free for Scotch Whisky – our preference is always for tariff-free trade, which enables Scotch Whisky to compete on a level playing field and on the strength of our reputation for quality.

“We await further details of the Agreement in Principle. A framework for addressing regulatory barriers to trade with Australia, to ensure greater legal protection and tax fairness for Scotch Whisky, is also important to us, and – if delivered in this agreement – will be a real boost for the industry.”

It is that lack of detail provided which is concerning some corners of the industry. Dominic Goudie, Head of International Trade, the FDF, welcomed the deal, but again expressed a need for greater detail before the FDF threw its full weight behind the pact.

“The UK and Australia are important trade partners when it comes to food and drink, with trade in our sector’s products worth more than £800m in 2020. The FDF therefore welcomes the news that the UK has agreed broad terms of a trade deal with Australia.

“It is now vital that we know the detail of what has been agreed to help businesses understand and begin to prepare for the new terms of trade. Food and drink manufacturers will hope that this deal will remove burdensome and unnecessary barriers to trade that will provide a timely boost for our industry’s post-COVID recovery. The terms must also ensure that consumers have continued confidence that any agreement maintains the highest food safety and animal welfare standards.”

It is farmers that have been most angsty since an outline of the deal was announced. There are concerns that Australia, which possesses eight of the ten largest farms in the world, could have the potential to flood the UK market and undercut British farmers.

This was not of concern directly to Minette Batters, President of the National Farmers Union (NFU), though she did express fears that the UK’s high animal welfare and sustainability standards will not be upheld by trade deals such as this one.

“I am concerned that today’s announcement appears to have made no mention of animal welfare and environmental standards. While the government has previously been keen to highlight how our Free Trade Agreements will uphold our high standards of food production, there has always been a question mark over how this can be achieved while opening up our markets to food produced to different standards. We will need to know more about any provisions on animal welfare and the environment to ensure our high standards of production are not undermined by the terms of this deal,” said Batters.

“The ultimate test of this trade deal will be whether it contributes to moving farming across the world onto a more sustainable footing, or whether it instead undermines UK farming and merely exports the environmental and animal welfare impact of the food we eat.”