The scientists behind the study do however acknowledge that this is not an easy issue for the fishing industry to fix, and have recognised that conservations efforts must be “realistic”. 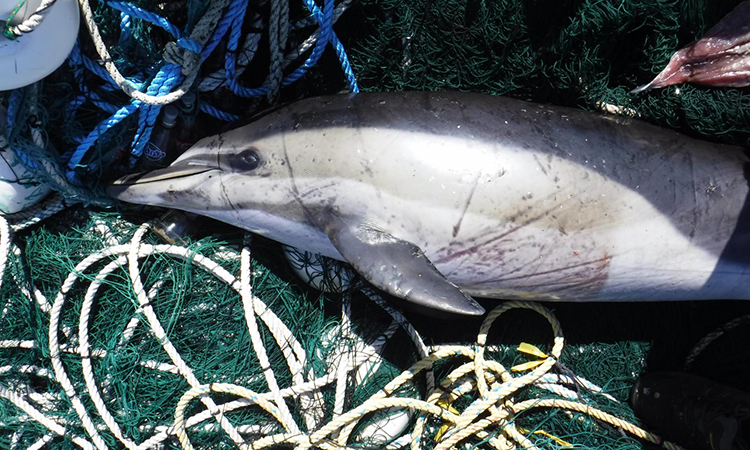 Dolphins can be caught by fisheries by mistake in what is knows as bycatch Credit: Prodelphinus Peru

A new study by Newcastle University claims that the risk of dolphins and porpoises being caught as bycatch by small-scale (artisanal) fisheries is highest in low- and middle-income regions around the tropics and sub-tropics.

Publishing their findings in the journal Fish and Fisheries, the authors argue that addressing the bycatch risks posed by small-scale fisheries in the high-risk regions is especially challenging and must be considered a global priority for toothed whale conservation.

They warn that immediate management and conservation actions are required to reduce and ideally eliminate small-scale fisheries bycatch to prevent species extinctions.

“Fisheries are the greatest threat to the survival of dolphins, porpoises and other toothed whales worldwide. This is the first study to take a global perspective on the threat to these species from small-scale fisheries,” said Dr Andrew Temple, Research Associate at the School of Natural and Environmental Sciences.

“Small-scale fisheries are a particular threat to species found in coastal shallow waters where dolphin and porpoise distribution overlaps with gillnets use,” added Professor Per Berggren, of Newcastle University’s School of Natural and Environmental Sciences.

“Our results suggest that some of the most at-risk species are the four species of humpback dolphins, Irrawaddy dolphin, Australian snubfin dolphin, Franciscana dolphin, Guiana dolphin, Indo-Pacific finless porpoise, and the likely soon to be extinct vaquita.”

However, as Temple acknowledged, this is not a simple fix for the fishing industry. “Small-scale fisheries are vital to the food, nutritional, and economic security of many communities in low- and middle-income nations.

“Managers of these fisheries therefore have to carefully balance the actions required to save these species against the risks that these actions might result in unintentional harm to fishing communities that rely on the oceans for their livelihoods. Solving this “wicked problem” is made even more challenging because funds available to fisheries managers are generally more limited in these high-risk regions, making effective fisheries management extremely difficult.”

The study authors say they recognise that conservation actions need to be realistic and will certainly require international collaboration and cooperation. They are calling for mitigation actions that are tailored to the specific local economic and social contexts, and balance species and human needs.