Bycatch of dolphins and porpoises was an issue highlighted by high-profile documentary Seaspiracy, and scientists are now calling on countries to do more to protect cetaceans in European waters. 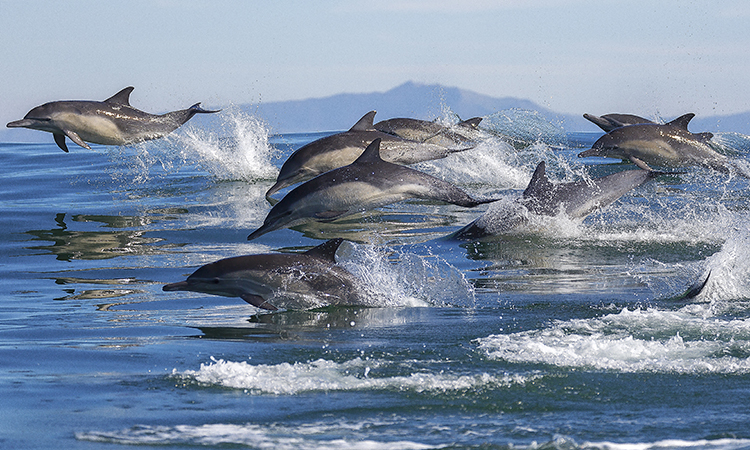 Marine scientists are calling on the EU to adopt a comprehensive plan to protect dolphins and porpoises from fisheries bycatch in European waters.

A team of conservation experts, including Newcastle University’s Professor Per Berggren, highlight limitations in the EU’s efforts to address and mitigate bycatch. The scientists argue this infective response is a result of scattered and complicated management responsibility for the conservation of dolphins and porpoises in Europe, and from a lack of quantitative conservation objectives, including biological reference points that will guide management action to ensure that bycatch does not exceed sustainable levels.

To help address the bycatch issue, which is the primary global threat to dolphins and porpoises, the researchers put forward a framework to reduce bycatch levels.

Publishing their recommendations in the journal Fish and Fisheries, the scientists outline a two-step approach that involves establishing a quantitative management objective for each population and implementing monitoring programmes.

To ensure an accurate estimation of bycatch levels, the experts recommend using electronic monitoring systems that allow a more comprehensive and representative sampling of the fleets.

The scientists also recommend regular formal assessments of small cetacean populations, including generation of estimates of abundance and bycatch mortality. If total bycatch has been estimated to exceed the calculated biological reference point, then a mitigation strategy needs to be put in place while monitoring is continued until levels are below the reference points.

The research team, involving experts from University College Cork, Ireland and Duke University, USA, argue that European countries outside the EU also have a responsibility to address the bycatch of dolphins and porpoises in their Exclusive Economic Zones. This includes the UK, which they say has an important responsibility to develop frameworks to address bycatch.

“Among the most distinctive species of marine wildlife in Europe, cetaceans are vital to the history and culture of European maritime communities and generate significant revenue from ecotourism,” said Professor Per Berggren, of Newcastle University’s School of Natural and Environmental Sciences.

“However, bycatch of small cetaceans in European fisheries is widespread, including very large numbers of common dolphins in trawl fisheries and bycatch of the critically endangered population of harbour porpoise in the Baltic Sea.”

“The failure to effectively conserve Europe’s dolphins and porpoises is not a result of a lack of scientific knowledge or difficulties in monitoring fisheries and bycatch. Instead, it reflects a lack of political will to ensure that these iconic animals are protected from unsustainable mortality in commercial fisheries throughout European waters. We can and must do better,” added Professor Andrew Read, of Duke University’s Nicholas School of the Environment.