Research has revealed the shocking number of deaths caused by air pollution related to food production, and, in particular, animal-based food production. 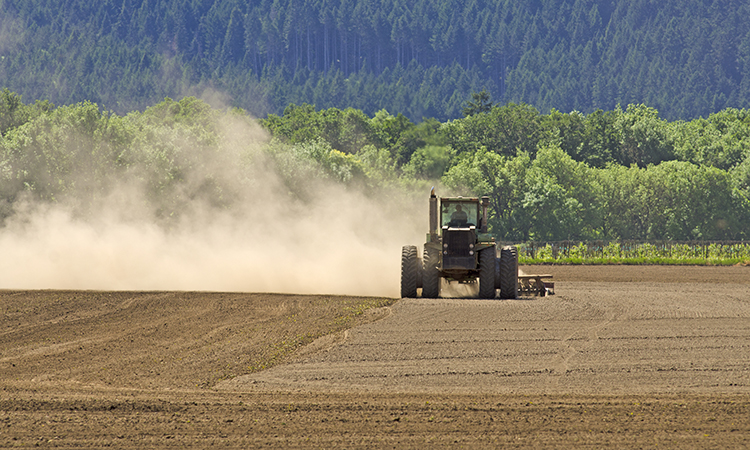 Dust from tilling is a major source of pollution

Agricultural production in the US results in 17,900 air-quality related deaths annually, of which 15,900 are from food production. That’s according to a new study, published in the Proceedings of National Academy of Sciences of the United States of America.

The study claims that NH3 (emitted through livestock waste and fertiliser application) and PM2.5, which can be released into the atmosphere through dust (from tillage), field burning, and fuel consumption, were the greatest culprits to air-quality-related deaths, together accounting for 95 percent of the 17,900 total deaths.

The top 10 percent most damaging counties in terms of air quality (308 counties) were responsible for 47 percent of the total deaths – or around 8,400 fatalities per year. These counties were mainly located in California, Pennsylvania, North Carolina, and along the Upper Midwest Corn Belt

“We spend a lot of time thinking about how the food we consume impacts our health, but the food we eat impacts other people’s as well,” lead author Nina Domingo told National Geographic.

“The long-term effects of climate change are daunting and quite frightening, but this is killing people now, too,” added Jason Hill, a University of Minnesota biosystems engineer and senior author. “These are emissions that happen every year, that affect people, that lead to a poor quality of life.”

There has been criticism from the livestock industry, however. The National Cattlemen’s Beef Association told National Geographic that the study was “based on faulty assumptions and riddled with data gaps.”

However, the researchers also provided some solutions to this sizeable problem. The study suggests that “improvements in agricultural production, such as changing livestock feed practices to reduce the amount of excess protein ingested and therefore excreted as nitrogen, or using fertiliser amendments and inhibitors, can greatly reduce air quality related health damages.”

The research claims that 7,900 deaths per year could be prevented by implementing measures to reduce agricultural emissions across all producers, with greatest benefits achieved through changes in livestock waste management and fertiliser application practices.

National Academy of Sciences of the United States of America., National Geographic, The University of Minnesota

National Academy of Sciences of the United States of America., National Geographic, The University of Minnesota