Researchers from the University of Exeter suggest that the “yuck factor” could be harnessed to cut down on meat consumption, which is seen by many as unhealthy and unsustainable. 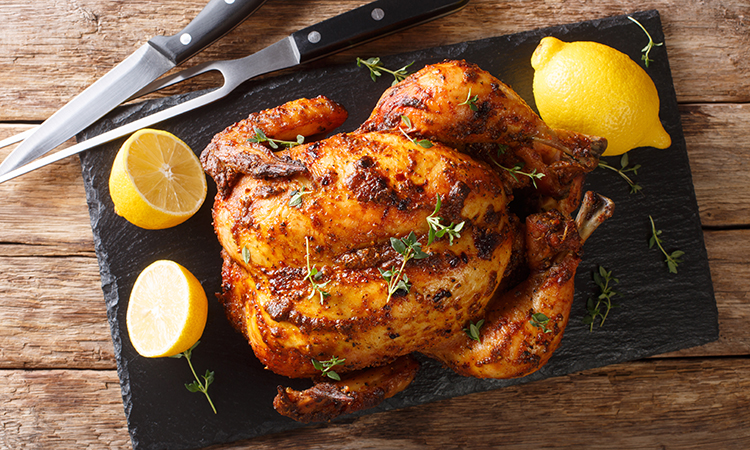 Some meat eaters feel disgusted by meat, according to a new study. University of Exeter scientists showed food pictures to more than 700 people, including omnivores (who eat meat and other foods), flexitarians (who try to eat less meat) and vegetarians.

About seven percent of meat eaters (15 percent of flexitarians and three percent of omnivores) had a “fairly strong disgust response” to images of meat dishes commonly eaten in the UK, like roast chicken or bacon.

As a group, omnivores rated meat images about twice as disgusting on average as pictures of carbohydrate-rich foods like bread, chips and rice.

Based on the findings, the researchers say harnessing the “yuck factor” may be more effective than relying on willpower for anyone who wants to eat less meat.

“We were surprised to find that so many people are grossed out by meat – even people who eat meat all the time,” said Elisa Becker, of the University of Exeter.

“Our results don’t explain why these people eat meat, but it’s possible that habits, family and cultural traditions all play a part.

“Meat consumption is increasingly seen as unsustainable, unhealthy and unethical, and many people want to eat less meat.

“If you’re trying to cut down your meat intake, sheer willpower may not be enough – but harnessing the ‘yuck factor’ could be the way to go.”

The study’s 711 participants – 402 omnivores, 203 flexitarians and 106 vegetarians – each completed a survey and took a rapid-response task (measuring instinctive reactions) to test their levels of “meat disgust”.

“Meat liking” was also measured. About 75 percent of omnivores – and more than 20 percent of vegetarians – showed a fairly strong liking for meat.

To be classified as having “fairly strong” meat disgust, participants had to rate six meat images closer to “very much” than “not at all” on a sliding scale of disgust, and also had to show evidence of meat disgust on the rapid-response task.

Among flexitarians – the only group attempting to reduce their meat intake – meat disgust was a better predictor than self-control (measured in a separate questionnaire) of reduced meat-eating.

Meat disgust was also associated with reduced intake over the following six months.

“We hope that this information can help us develop new interventions to help people reduce their meat intake,” said Professor Natalia Lawrence, of the University of Exeter.

“Not everyone wants to reduce their meat consumption – but for those who do, we are working on computer tasks that might help them harness the power of disgust in a fun way.

“It’s important to note that our study does not establish causation – so further research is needed to find out whether meat disgust causes people to eat less meat, or whether avoiding meat allows these negative emotional responses to develop or be expressed.”

“It’s interesting to note that almost all of us experience meat disgust from time to time – for example when we see unfamiliar meats or dishes made from parts of animals we don’t usually eat, like squirrel meat or beef heart,” Becker added.

“Humans may have evolved a degree of meat disgust because eating spoilt meat can be much more dangerous than eating a carrot that’s a bit off.”

Tesco to open its first store dedicated to healthy food