Plant-based seafood on the menu at fast food chain

Germany-based fast food retailer Nordsee has begun the sale of plant-based versions of some of its most popular dishes. 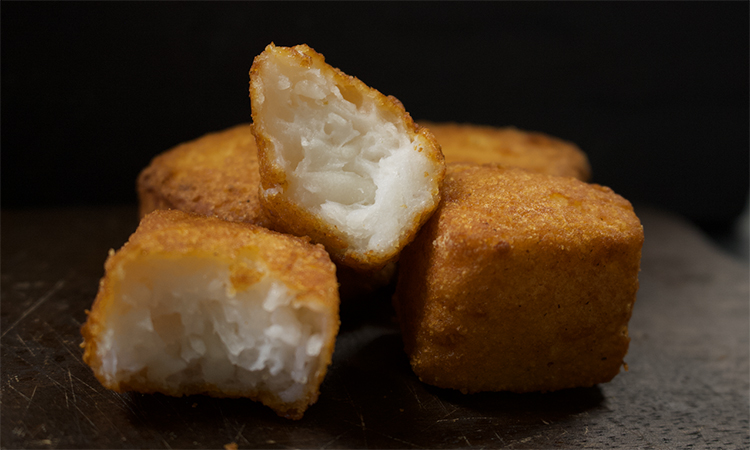 NOVISH's plant-based seafood is on the menu at Nordsee restaurants

Plant-based seafood has taken quite a large step forward this month, as the product began to be sold in an international food retailer in what manufacturer NOVISH says is a first for the sector.

NOVISH says it uses plant based proteins and “marine inspired natural aromas” in the manufacturing of its plant based seafood products, in an effort to mimic the texture of flaky white fish. NOVISH says the products “contain all the healthy ingredients that you find in fish, are 100 percent vegan, soy-free and contain no artificial additives like flavour enhancers, colourings and preservatives.”

Since the beginning of April, Nordsee has been offering the Backfisch-Baguette and Fisch & Chips in all German and Austrian restaurants in plant-based seafood variants “Backvisch-Baguette” and “Visch & Chips” respectively. Nordsee is a fish-based fast food chain which has 370 stores mainly in Germany and Austria, though it also has locations in places such as Cyprus and the Czech republic.

“In 2021, NORDSEE will be focusing on a broad-based product offensive. We started with our two classics,” said Carsten Horn, Nordsee CEO.

“After a very successful test phase, which was characterised by strong demand, we can confirm the trend that a growing number of consumers increasingly want to eat more consciously and are actively seeking alternatives to their previous eating habits. We are therefore delighted to now offer the new plant-based products in all NORDSEE restaurants.”

“Due to the lockdowns worldwide caused by COVID-19, we initially focused on retail customers and have hit supermarket shelves in 10 countries. However, we do see big opportunities for our products in the global Foodservice market.

“In particular, we hope our recently developed plant based tuna flakes will find its way onto pizzas, sandwiches, pastas and salads.”