Could coffee pulp hold the key to regenerating forests?

Researchers from Switzerland and Hawai`i claim they have found a way to use coffee pulp to boost the regeneration of forests destroyed as a result of agricultural processes. 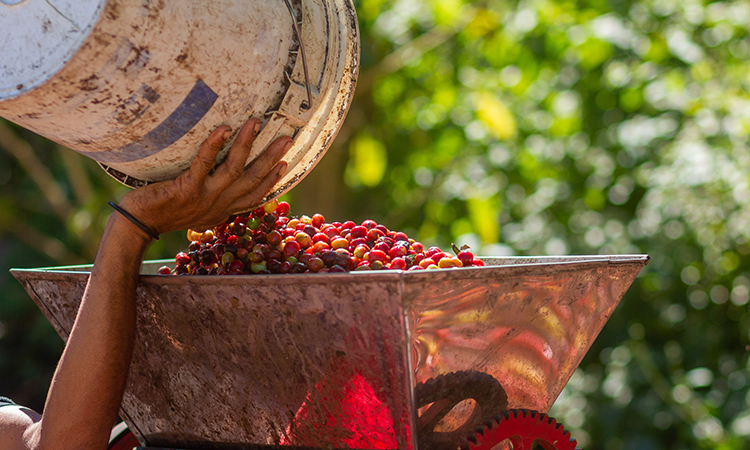 A new study finds that coffee pulp, a waste product of coffee production, can be used to speed up tropical forest recovery on post agricultural land. The findings have been published in the British Ecological Society journal Ecological Solutions and Evidence.

In the study, researchers from ETH-Zurich and the University of Hawai`i spread 30 dump truck loads of coffee pulp on a 35 × 40m area of degraded land in Costa Rica and marked out a similar sized area without coffee pulp as a control.

“The results were dramatic” said Dr Rebecca Cole, lead author of the study. “The area treated with a thick layer of coffee pulp turned into a small forest in only two years while the control plot remained dominated by non-native pasture grasses.”

The researchers also found that after two years, nutrients including carbon, nitrogen and phosphorous were significantly elevated in the coffee pulp treated area compared to the control. This is a promising finding given former tropical agricultural land is often highly degraded and poor soil quality can delay forest succession for decades.

“This case study suggests that agricultural by-products can be used to speed up forest recovery on degraded tropical lands,” said Dr Cole.

“In situations where processing these by-products incurs a cost to agricultural industries, using them for restoration to meet global reforestation objectives can represent a ‘win-win’ scenario.”

As a widely available waste product that’s high in nutrients, the research team believes coffee pulp can be a cost-effective forest restoration strategy.

How did they do it?

The study was conducted in Coto Brus county in southern Costa Rica on a former coffee farm that is being restored to forest for conservation. In the 1950’s the region underwent rapid deforestation and land conversion to coffee agriculture and pasture, with forest cover reduced to 25 percent by 2014 according to the scientists.

In 2018, the researchers set out two areas of roughly 35 × 40m, spreading coffee pulp into a half meter-thick layer on one area and leaving the other as a control.

The researchers analysed soil samples for nutrients immediately prior to the application of the coffee pulp and again two years later. They also recorded the species present, the size of woody stems, percentage of forest ground cover and used drones to record canopy cover.

Dr Cole warns that as a case study with two years of data, further research is needed to test the use of coffee pulp to aid forest restoration. “This study was done at only one large site so more testing is needed to see if this strategy works across a broader range of conditions.

“The measurements we share are only from the first two years. Longer-term monitoring would show how the coffee pulp affected soil and vegetation over time. Additional testing can also assess whether there are any undesirable effects from the coffee pulp application.”

The research team does however stress that a limitation of using coffee pulp or other agricultural by-products is that its use is mostly limited to relatively flat and accessible areas where the material can be delivered and the risk of the added nutrients being washed into nearby watersheds can be managed.

However there is hope in some quarters that this widely available waste product can be put to good use and help reverse some of the damaging effects that deforestation can have on the world’s great habitats.