Could terroir change the way we think about whisky?

New research has revealed just how much of a role terroir has on the flavour profile of whiskey, leading some to believe vintages could soon be as crucial as age statements. 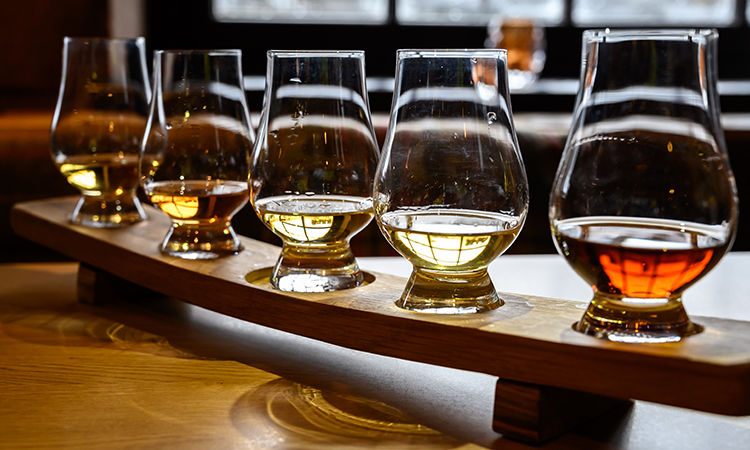 Flavour differences in whiskey can be discerned solely on the environment in which the barley is grown, a new study, co-authored by an Oregon State University, has discovered.

This is the first scientific study that found that the environmental conditions (or terroir) of where the barley is grown impacts the flavour of whiskey, said Dustin Herb, an author of the study and a courtesy faculty member in the Department of Crop and Soil Science at Oregon State University.

“Terroir is increasingly being used to differentiate and market agricultural products, most commonly wine, as consumers grow more interested in the origins of their food,” Herb explained.

“Understanding terroir is something that involves a lot of research, a lot of time and a lot of dedication. Our research shows that environmental conditions in which the barley is grown have a significant impact.”

Herb’s doctoral research at Oregon State with Pat Hayes, a barley breeder in the College of Agricultural Sciences, focused on the contributions of barley to beer flavour. Their research found notable differences in the taste of beers malted from barley varieties reputed to have flavour qualities.

That research caught the attention of Waterford Distillery. The Irish distillery reached out to Herb, flew him to Ireland and asked him if he could design a study that would attempt to answer the question of whether terroir exists in whiskey, and dubbed it ‘The Whisky Terroir Project’.

The study involved planting two common commercial varieties of barley in Ireland – Olympus and Laureate – in two distinct environments: Athy, County Kildare and Buncloudy, County Wexford in 2017 and 2018. Athy is an inland site and Buncloudy is a coastal site. They were selected in part because they have different soil types, temperature ranges and rainfall levels during the barley growing season.

The crops of each barley variety at each site in each year were harvested, stored, malted and distilled in a standardised way. Once distilled, the product is called ‘new make spirit’. It can’t be called whiskey until it is matured in a wooden cask for at least three years!

The researchers used gas chromatography, mass spectrometry and the noses of a six-person trained sensory panel to determine which compounds in the barley most contributed to the aroma of the new make spirit.

That analysis, along with further mathematical and statistical analysis, found that the environment in which the barley was grown had a greater contribution to the aroma of the whiskey than the variety of the barley. That was the clear indication of the impact terroir has on the new make spirit.

Furthermore, the sensory analysis found distinct differences in the aroma characteristics of the new make spirit from the barley grown in each location. In Athy, it was more positively associated with a sweet, grainy, earthy finish, as well as soapy, sour, stale and mouldy sensory attributes. Yet in Bunclody, it was more associated with dried fruit and solvent-like attributes.

“What this does is actually make the farmer and the producer come to the forefront of the product,” Herb clarified.

“It gets to the point where we might have more choices and it might provide an opportunity for a smaller brewer or a smaller distiller or a smaller baker to capitalise on their terroir, like we see in the wine industry with a Napa Valley wine, or Willamette Valley wine or a French Bordeaux.

“This makes us think there might be a vintage aspect to the whiskey like wine, where you buy a 2019 or a 2020 or a 2016. Could the whiskey industry operate in a similar way, where someone is going to seek out a certain vintage of a certain year?”

To answer that question, more research needs to be done, Herb confirmed, and that is a mission the Whisky Terroir Project plans to tackle: examining flavour changes in the spirits as they mature in casks and seeing what happens in terms of the impact of the terroir.