The US EPA has approved two treatments to combat citrus diseases in the country, sparking fierce criticism from some. 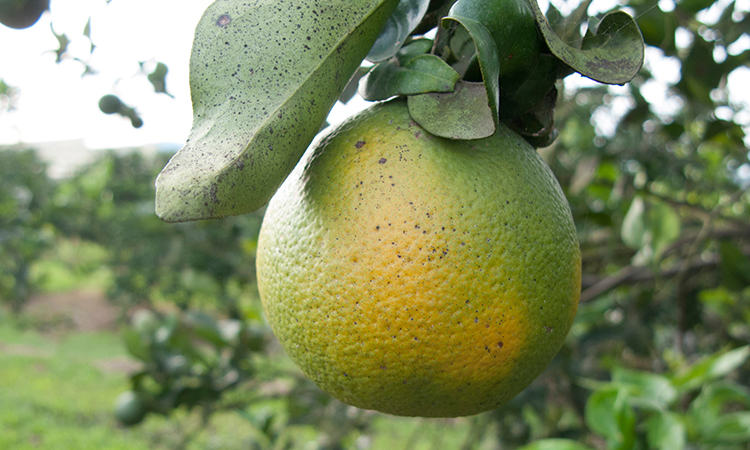 The pesticides have been approved to combat the citrus greening diease affecting this lemon.

Controversy has arisen in the US as the Environmental Protection Agency (EPA) has approved the use of what some are calling a “dangerous” pesticide to combat citrus greening disease, an affliction which affects fruit grown in California, Florida, Arizona, and Texas, among other places.

The EPA says it has “conditionally registered” pesticides containing the ingredient Aldicarb, according to the Federal Insecticide, Fungicide and Rodenticide Act (FIFRA), to be used on grapefruit and oranges in the state of Florida.

There is concern over this decision in some corners, however. Aldicarb is widely considered to be very toxic, especially to birds and mice. In fact, pesticides containing Aldicarb are nicknamed ‘tres pasitos’ in Mexico, as mice reportedly take three steps then die.

The Center for Food Safety expressed grave concern that the decision by the EPA to approve Aldicarb was a mistake. “Aldicarb is such a potent nerve toxin that even residues left behind on foods sprayed with it pose unacceptable risks, particularly to infants and young children,” said Bill Freese, science policy analyst at Center for Food Safety.

“The only acceptable level of use is no use whatsoever. Trump EPA’s approval of aldicarb on citrus must be reversed immediately.”

Alongside Aldicarb, the EPA has also approved the antibiotic streptomycin to address citrus greening disease, which is also approved by the Food and Drug Administration (FDA) to treat animals and humans. The CFS disapproved of this move too.

“Streptomycin has only been shown to help against citrus greening when directly injected,” he added, “and there are already over 18 different products, as well as holistic solutions, available to farmers that can more effectively tackle the spread of the disease.”

Amid concern that the use of streptomycin might cause bacteria to become resistant to the antibiotic, the EPA said in its registration decision: “Throughout the review process, the Agency consulted with our federal partners at CDC (Centers for Disease Control and Prevention), FDA, and USDA (US Department of Agriculture) to discuss the extent of the problem and potential mitigation efforts for the antibiotic use in agriculture.

“The science of resistance is evolving and there is a high level of uncertainty in how and when resistance occurs.”

Calls have emerged from some for the incoming Biden EPA administration to reverse these decisions, especially from the Center for Biological Diversity. “These reckless approvals will harm children and farmworkers and further hamper our ability to combat major public health crises,” Nathan Donley, a senior scientist at the environmental group Center for Biological Diversity, said in a statement.