A US court told the FDA that they had failed to analyse the risk of the salmon escaping into the wild sufficiently, where they might cause harm to natural species. 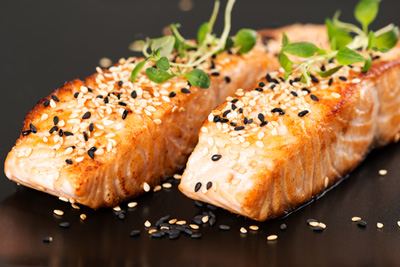 The FDA had approved the genetically engineered salmon back in 2015.

The US District Court for the Northern District of California has ruled the Food and Drug Administration (FDA) violated core environmental laws in approving the genetically engineered salmon.1

The Court ruled that the FDA failed to analyse the risk of the genetically engineered salmon escaping into the wild – which could cause serious harm to natural species. The salmon in question, named ‘AquaAdvantage’ and made by AquaBounty, is comprised from Atlantic salmon, Pacific king salmon, and Arctic ocean eelpout. The concern was that if the AquAdvantage salmon would outcompete wild salmon for resources should they ever make it into the wild themselves.

The FDA’s approval of the fish back in 2015 marked the first time a genetically-engineered animal had been allowed to enter the  food supply, but in  2016, The Center for Food Safety (CFS) and Earthjustice (which represents a broad coalition of environmental, consumer, commercial and recreational fishing organisations and the Quinault Indian Nation) sued the FDA.

Judges have now ruled that the FDA must take a step back and thoroughly analyse the environmental consequences of genetically engineered salmon escaping into the wild.

Earthjustice Managing Attorney Steve Mashuda said that rejecting the approval of genetically engineered salmon vindicated scientists: “This decision underscores what scientists have been telling the FDA for years -that creating  genetically engineered salmon poses an unacceptable risk if the fish escape and interact with our wild salmon and that the FDA must understand that risk to prevent harm.

“Our efforts should be focused on saving the wild salmon populations we already have – not manufacturing new species that pose yet another threat to their survival.”

President of the Quinault Indian Nation (a federally recognised tribe hailing from Washington state) Fawn Sharp, revealed the important place salmon hold in the Quinault way of life: “Salmon are at the centre of our cultural and spiritual identity, diet, and way of life. It’s unconscionable and arrogant to think man can improve upon our Creator’s perfection as a justification for corporate ambition and greed.

“Our responsibility as stewards of our sacred salmon demands we aggressively protect their natural habitat and genetics. We applaud today’s court decision; our prayers were answered and justice prevailed.”

Representatives of the fishing industry also weighed in on the ruling. “Salmon fishermen and women don’t want to see these lab-made salmon in our waters nor in any market or restaurant where salmon is sold,” said John McManus, president of Golden State Salmon Association. “The FDA clearly let America down when it chose to overlook the environmental risk these fish pose.”