The dark side of technology in the food industry

The race to achieve the UN’s Sustainability Goals could be causing more harm than good, according to a group of scientists. 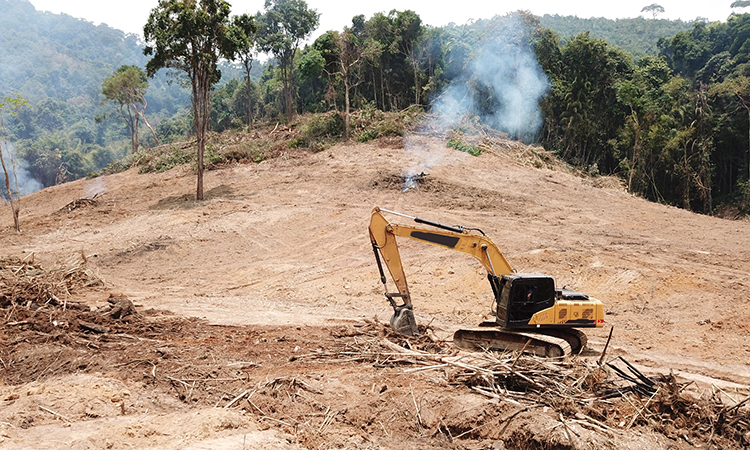 Could decreased production of soybean inadvertently lead to more deforestation?

Scientists from the Alliance of Bioversity International believe that technology could be having unintended consequences on the planet, as we struggle to make our food system more sustainable before the effects of climate change become irreversible.

Protein derived from organic waste to feed livestock could decrease demand for soybean meal, which could lead to less deforestation caused by soy farming. However, scientists say a decreased production of soybean, which is also used to produce oil for food products, could increase demand for palm oil. This could clear more forests for oil palm plantations.

This is just one example of how innovations to fix our food systems could backfire. In a new analysis in The Lancet Planetary Health, a team of scientist have built on recent research that discusses how new technology is needed to improve human health and the wellbeing of the planet.

According to the authors of the study, the urgency to meet the United Nations’ Sustainable Development Goals (SDGs) must be tempered by the understanding that there are no quick fixes to ending poverty, eliminating hunger and conserving biological diversity.

“The food system is in the mess it is right now because we introduce technologies and approaches to manage it without fully understanding all the indirect impacts the intervention can have,” said Andy Jarvis, a co-author and the associate director of the Alliance of Bioversity International and the International Center for Tropical Agriculture (CIAT).

Another example the team found of new technology having unintended negative consequences was the use of cereals to replenish nitrogen in soils. ‘Nitrogen fixation’ could decrease the overuse of chemical fertilisers and its unsustainable impacts on the environment such as water pollution. On the flip side, this could reduce prices for already over-consumed foods, potentially leading to further increases in non-communicable diseases (NDCs) like diabetes.

“Exciting new technologies are needed for transitioning towards a sustainable food system,” said Ana Maria Loboguerrero, a co-author and the Alliance’s research director for climate action, “but we must be aware that ‘win-win’ technological solutions do not always exist, with losers and winners and trade-offs and synergies across different SDGs.”

The study was led by Mario Herrera, the chief research scientist at CSIRO, Australia’s national research agency. The authors calculated the potential direct effects of different technologies on the food system (including digital agriculture, gene technology and resource efficiency) and their indirect effects on the SDGs.

The analysis showed most technologies will have neutral or varying degrees of positive impacts across most of the UN’s SDGs. But in the case of decent work and economic growth for all (SDG 8), reduced inequality (SDG 10) and peace, justice and strong institutions (SDG 16), the results will be mixed.

“Change and innovation come with trade-offs, but we now have methods, the science, the targets, and the socioeconomic mechanisms in place to ensure that the trade-offs of our actions do not become insurmountable,” the authors added. “Now is the time to put our arsenal of sociotechnical innovation and immense human ingenuity to use to secure the future of our planet and the next generations.”