The company behind the cultured chicken says it will be available in restaurants in Singapore and later to consumers as production is scaled up. 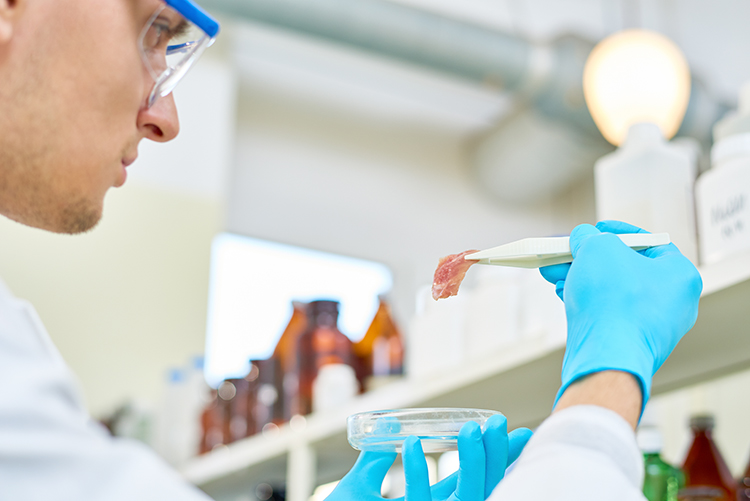 No chickens were harmed in the making of this product.

The Singapore Food Agency (SFA) has approved cultured chicken for sale in Singapore, which marks the first time a regulatory body has given lab-grown meat the official green light.

The company behind it, Eat Just, is based in San Francisco and specialises in the manufacture of plant-based foods. The cultured chicken will be a central component in its chicken bites, Eat Just says.

Cultured meat’s role in creating a safer, more secure global food supply has been well-documented, and the last decade has given rise to a steady increase in the application of animal cell culture technology toward the development of food products.

Eat Just says it demonstrated the safety of its cultured chicken manufacturing process by running over 20 production runs in 1,200-liter bioreactors. The company adds that no antibiotics are used in this proprietary process. According to Eat Just, safety and quality validations demonstrated that harvested cultured chicken met the standards of poultry meat, with extremely low and significantly cleaner microbiological content than conventional chicken. The analysis also demonstrated that cultured chicken contains a high protein content, diversified amino acid composition, high relative content in healthy monounsaturated fats and is a rich source of minerals.

The cells used to manufacture the chicken came from a cell bank and did not require the slaughter of any chicken, as biopsies can be taken from live animals. The cells were then combined with plant-based ingredients to make the finished product.

Alongside trying to get this novel food past the SFA, Eat Just says it has been forging partnerships with local manufacturers within the country to provide what it has called “initial availability” in restaurants, with a vision to roll the product out directly to consumers in the future.

Josh Tetrick, co-founder and CEO of Eat Just, was confident of the future of cultured meat: “Singapore has long been a leader in innovation of all kinds, from information technology to biologics to now leading the world in building a healthier, safer food system.

“I’m sure that our regulatory approval for cultured meat will be the first of many in Singapore and in countries around the globe. Working in partnership with the broader agriculture sector and forward-thinking policymakers, companies like ours can help meet the increased demand for animal protein as our population climbs to 9.7 billion by 2050.”

Tetrick has made it clear that the company will need to significantly scale up its manufacturing process if it is to compete with the expected demand for the new product: “If we want to serve the entire country of Singapore, and eventually bring it to elsewhere in the world, we need to move to 10,000-litre or 50,000-litre-plus bioreactors,” Tetrick said.

“Singapore has thrown down the gauntlet and other countries need to pick it up,” said The Good Food Institute Executive Director Bruce Friedrich. “Cultivated meat will mark an enormous advance in our efforts to create a food supply that is safe, secure, and sustainable, and Singapore is leading the way on this transition.”

“A new space race for the future of food is underway. As nations race to divorce meat production from industrial animal agriculture, countries that delay their investment in this bright food future risk getting left behind. The rest of the world should be following Singapore’s lead by funding alternative protein research and working with companies to ensure a rigorous and thorough path to regulatory approval and oversight,” Friedrich said.

This is perhaps not good news for those who rely on livestock for their income. In a report from The Guardian, Hsin Huang,  the secretary general of the International Meat Secretariat, estimated that number to be around one billion people worldwide.

Nevertheless, he sees the approval as a significant moment in the future of the meat industry. “It seems certain that similar products from other companies will follow,” he told The Guardian. “There has been so much hype on cell-cultured meat that the anticipated first steps to mass sales is a significant moment.

“We believe the market potential for cultured meat is vast, as consumers in general continue to show great enthusiasm for the taste and nutritional benefits of animal products. Of course, our view is that real animal products will better meet these needs, but healthy competition is welcome.”