Cases of Campylobacteriosis in New Zealand declined following poultry reforms between 2006-2008, but progress since then has been slow. 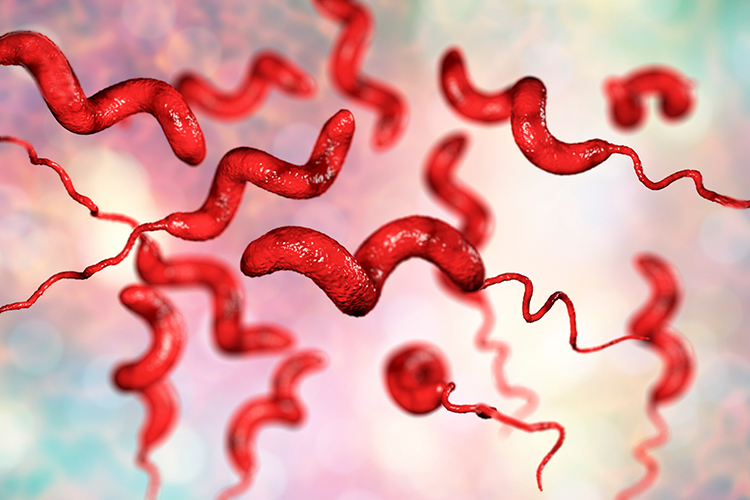 Campylobacter can cause sickness and diarrohea in humans.

A report funded by the Ministry for Primary Industries in New Zealand, which governs things like fishing, farming and animal welfare in the country, has found that the nation’s number of Campylobacteriosis cases has seen minimal decline since 2008.

The study claims that despite improvements made in poultry regulation, Campylobacteriosis was the most notified enteric disease reported in the country.

It also found that 84 percent of the cases studied were attributable to poultry sources – this rose as high as 90 percent in urban settings. This, according to the scientists behind the study, demonstrates that poultry remains the dominant pathway for Campylobacteriosis infection in New Zealand.

The study was conducted by investigating every second reported case of Campylobacteriosis in Auckland, and every reported case in Manawatū and Whanganui (rural areas) between March 2018 and March 2019. This covered around 40 percent of the total population of New Zealand.

The report concluded that while the consumption of poultry was not a high risk factor in itself, direct handling of poultry and poor preparation of the meat did elevate odds ratio, ie, eating undercooked chicken or chicken outside the home contributed to an increased risk of Campylobacteriosis.

But birds are not the only guilty party when it comes to Campylobacteriosis infection; 93 cases in the study were attributed to cattle – with rural areas a particular hotspot.

While some New Zealanders were becoming infected via poorly prepared poultry meat, the study found that the biggest risk posed by cattle came from working directly with animals, ie, on a farm.

Although the majority of patients recover on their own quite quickly from Campylobacteriosis infection, it is worth noting that some do require antibiotic treatment, and complications among young children can be dangerous.