Chemical decontamination of poultry: time for a think?

As Brexit looms, thoughts are turning to what it might mean for food safety in the UK. The ‘poster boy’ for this issue seems to be the vexed question as to whether poultry should be permitted to be ‘washed in chlorine’ to improve microbiological food safety. Andrew Hudson, of Jorvik Food and Environmental Microbiology, considers the pros and cons of chlorine-washed chicken. 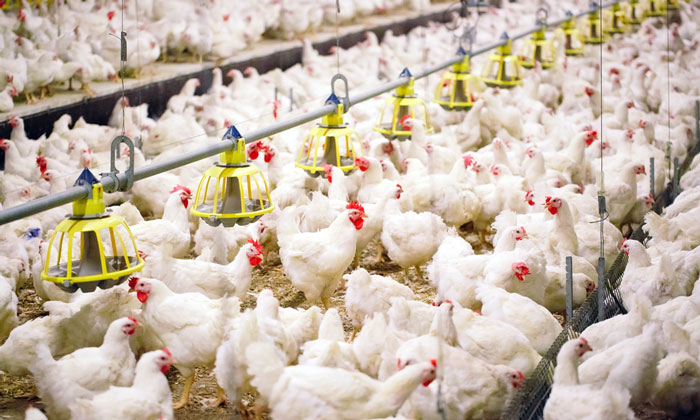 Washing chicken in chlorine is one of a small number of interventions that the Americans use in their industry, but it and the other interventions are not permitted in the EU. So, is this approach to food safety control a viable option for the UK post-Brexit once we have ‘taken back control’? After all, chlorine-based chemicals have been used to treat drinking water to the immense benefit of public health for many years and they are also used in the disinfection of fruits and vegetables.

Most opinion regarding the suggestion seems to be negative, with many claiming that chlorine washes (taken to be representative of the possible interventions) are used for the sole purpose of camouflaging poor practice at steps in the food chain before the wash. Dangers are identified to both the consumer and process workers – and these dangers are potentially real. Such hazards include the formation of by-products such as semicarbazide, which is a carcinogen, and exposure of meat processing workers to peracetic acid (one of the other disinfectants). The arguments can be read in detail in a short paper published by the Food Research Consortium.1

Given the nature of the debate, there is a need to consider the difference between ‘hazard’ and ‘risk’. To draw an analogy with everyday life, the most significant hazard associated with the next plane journey you take is that the plane will crash and kill you (a hazard in the same respect that a food is a chemical, microbe or physical object that can cause injury or illness). However, millions of people still make plane journeys every year as they believe that the ‘risk’, which is a function of exposure to the hazard and the probability of consequent injurious effect, is low and acceptable. Despite the severity of the hazard, the risk associated with the flight is outweighed by the benefit of taking it.

OK, so the UK is producing chicken without a chlorine wash and minimising any of the associated chemical risks. But what about the other side of the equation? Are the other combined controls achieving chicken production that is acceptably safe from a microbiological perspective? The latest figures from the Food Standards Agency’s (FSA’s) campylobacter in poultry surveillance programme provide some information. While the prevalence of contaminated neck flaps (taken to represent carcasses) is apparently decreasing, it is still more than 50 per cent: to be precise, 54 per cent of the 3,980 samples tested. Samples containing >1000 CFU/g of campylobacter were found to represent 6.5 per cent of the total.

The next question would be to ask what the implications are for foodborne disease. It can be difficult to tease apart the contribution that any one food makes to the overall picture of a single foodborne disease because humans are exposed to campylobacter from a number of sources such as raw milk/dairy products, contaminated water, liver, and direct contact with ruminant animals. Nevertheless, it is well accepted that the handling of uncooked chicken and the consumption of undercooked chicken contribute the lion’s share of campylobacteriosis cases in developed countries.

In the UK, the FSA provides the following statistics for campylobacteriosis:2

While this information is now quite dated – and numbers may have decreased – they are still high. Are these numbers acceptable? What would be the effect of a chlorine treatment and would the benefits (ie, reduction of microbiological risk) outweigh the potential increase in chemical risks?

We might be able to take some pointers from New Zealand, which has similar issues with campylobacteriosis. It is also a country where most of the poultry is ‘chlorine washed’ in giant spin chillers at the end of processing.3

Although it is not clear what proportion of the reduction of disease incidence was the result of improved spin chiller conditions, it was identified as one of the key interventions.4 It is not possible to conclude outright that implementing such an approach in the UK would result in such a significant reduction in campylobacteriosis, but it is arguably worth a thought and not to be dismissed out of hand.

Here we have a typical ‘swings and roundabouts’ situation, but who balances the risks of a chlorine wash against the benefits accruing from reducing the number of cases of campylobacteriosis? It is no longer acceptable to view the world from a hazard-based perspective; there is a need to follow a risk-based approach which, as far as I can tell, is largely absent in this debate.

Andrew Hudson is a Fellow of the Institute of Food Science and Technology. He has a BSc (Hons) from Bristol University and a doctorate from New Zealand’s University of Waikato. Dr Hudson has published more than 90 peer-reviewed papers, reviews and book chapters. He currently works at Jorvik Food and Environmental Microbiology.

Whitepaper: Cronobacter in the Spotlight

One response to “Chemical decontamination of poultry: time for a think?”