The drinks giant is committing to several big promises as part of the United Nation’s Sustainability Development Goals, which it’s aiming to achieve by 2030. 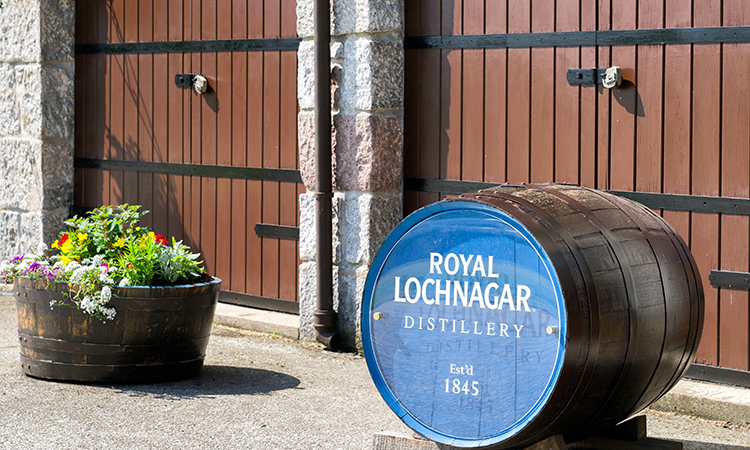 Diageo says its Royal Lochnagar distillery will be carbon neutral by the end of the year.

Diageo, maker of Johnnie Walker, Smirnoff and Guinness, has announced a range goals in its ‘Society 2030: Spirit of Progress’ plan.

The plan is designed to make a positive impact on the world by 2030 and help make progress towards the United Nations Sustainable Development Goals (SDGs).

Diageo will focus its action over the next ten years in three core areas: promoting positive drinking, championing inclusion and diversity, and pioneering grain-to-glass sustainability.

“As a global business, we are committed to playing our part to protect the future of our planet and to leading the way for others to follow,” said Ivan Menezes, Chief Executive, Diageo. “I am immensely proud of Diageo’s sustainability and responsibility achievements to date, and this new, ambitious action plan will challenge us even further to deliver more over the critical decade to 2030.”

Included in the plan are initiatives to promote ‘positive drinking’. By 2030, Diageo says it will reach more than a billion people with messages of moderation from its brands, as well as educating people on the dangers of drinking underage through ‘SMASHED’, Diageo’s alcohol education awareness programme, which is now operating in every continent.

Diageo says it also wants to extend the diversity of its leaders, with 45 percent representing ethnically diverse backgrounds and 50 percent the female population.

Menezes continued: “By setting both gender and ethnicity goals for the business to achieve by 2030, I believe we can truly break down barriers and help shape a more diverse and successful long-term business and society.”

As one of its first steps, Diageo’s Scottish distilleries of Oban and Royal Lochnagar will become carbon neutral by the end of 2020.

By 2030, Diageo says it will also ensure that every drink it produces will take 30 percent less water to make than it does today. Alongside this promise, the business says it intends to use 100 percent recycled content in plastic packaging.

Ewan Andrew, Chief Sustainability Officer and President, Diageo Supply & Procurement, said: “It is vital that we act now if we want to maintain the wonderful world we all live in. I’m proud that we have already halved our own carbon footprint and that we are going to push ourselves further by becoming carbon neutral by 2030. It feels fitting that we are leading the way with Oban and Royal Lochnagar distilleries, which will both be carbon neutral by the end of the year.”