An alcohol-free drinks brand shares its concerns over UK’s plans to raise ABV limit for low alcohol and alcohol-free beverages, suggesting it will be damaging for the sector. 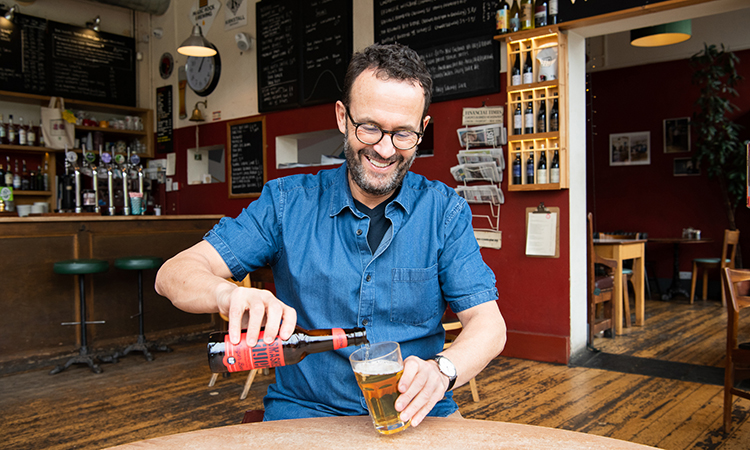 Drynks Unlimited, a British alcohol-free craft brewer, has launched a national campaign calling for more transparency in the alcohol-free and low-alcohol drinks market.

The company, which produces the SMASHED range of alcohol-free beers and ciders, has taken out a full-page advert in The Guardian newspaper to highlight NoLo (No and Low Alcohol) brands who pass their products off as ciders, wines and spirits even though they’ve never been through the brewing, fermentation or distillation process.

The independent alcohol-free brewer has also targeted the minority of brands which misleadingly lay claim to being alcohol-free when, according to Drynks Unlimited, they aren’t.

In order to be classified as an ‘alcohol-free’ a beverage in the UK, drinks must contain no more than 0.05 percent alcohol by volume (ABV), however, Drynks Unlimited is concerned there are potentially damaging recommendations being considered to alter that rule.

Richard Clark, Drynks Unlimited’s Founder and Managing Director, said: “A beverage containing more than 0.05 percent ABV is not classified as alcohol-free and should not be labelled as such.

“But we are aware that The Wine and Spirit Trade Association (WSTA) is in discussions with UK governing health bodies to alter the law and allow 0.5 percent ABV drinks to be labelled as alcohol-free. We think this could seriously undermine the great strides that have been taken by many British manufacturers and brewers to produce outstanding, truly alcohol-free drinks.

“Great alcohol-free beers or ciders leave you in no doubt that they are real beer or real cider, just without the alcohol. Whilst there are some very good tasting No and Low alcohol beers made using methods, such as reverse osmosis and stunted fermentation, we believe that this ‘real’ taste can best be achieved through a complete brewing, fermentation and distillation process, where the original alcohol is then reduced and removed from the drink. This is why we are currently the only brewer in the UK to use a Cool Vacuum Distillation process, whereby we start with real premium craft alcoholic beer and cider and gently remove the alcohol whilst retaining the characteristics and flavour of the original drink.

“But some Low alcohol drinks were never originally created as alcoholic beverages, instead being produced as imitations using alcohol flavourings; and yet they are labelled as ciders, wines or spirits.”

To address this, Drynks Unlimited, is campaigning for clearer definitions within the UK NoLo drinks market.

The company claims that misinformation and confusion created by inaccurate and misleading labelling of some No and Low Alcohol drinks threatens to undermine consumer confidence in the NoLo category and compromises the consumer’s ability to make an informed choice about what they are drinking.

Clark added: “Product labels should never hide how the product is made and it’s level of alcohol – clear and honest labelling should be a primary legal requirement for the benefit of the consumer, not the industry.

“It is essential for the British NoLo drinks industry to address these inconsistencies, to conform with industry legislation and present greater transparency to consumers with regards to ingredients and alcohol content.

“There is a real opportunity for all brands across the whole NoLo spectrum, but consumers want manufacturers to be straight with them. Consumers appreciate the respect shown them in being given the chance to make their own informed choice.

“So today, let us, as an industry, come together to promise clarity and transparency and ultimately, to help ensure that No and Low Alcohol drinks become a positive and regular choice for the consumer.”